This great drummer from the first three Maiden albums never had his own topic, probably because most of his non-Maiden activities had other (ex-)Maiden members involved.

This next example is also Maiden related, in a way:
Clive has something interesting in common with Nicko McBrain (apart from having been in Maiden), namely:
He played on a Trust album (Idéal). He did it after he left Maiden, Nicko (who played on Marche ou crève -> English language version: Savage) before he came to Maiden.

This is a song from that album,
Les armes aux yeux.

That same same album, had an English language version as well (Man's Trap). This is a song from it:
Power of the Knife. I like this last one quite a lot.
Of course there's the 'eavy Frenck accent, but still I can appreciate the nice guitar work, and Clive's antemic marching beat (which is more simple than his work in Maiden but so is the music).

Well Clive's playing has something kinky, wild, the amazing temper, that I don't hear from Nicko. (Genghis Khan, Ides Of March ..) He fits those songs 1000%, but I don't know how he would manage more prog stuff like Out Of The Silent Planet or Brighter Than A 1000 Suns ..

You described Clive well. But I don't hope this will be a "who is the best drummer for Maiden" discussion. I think we have a few other topics about that.

Hear are Clive's studio albums on which no other (ex-)Maiden member(s) performed. A lot of these albums were released years after they were recorded: 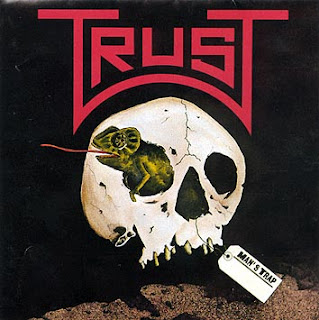 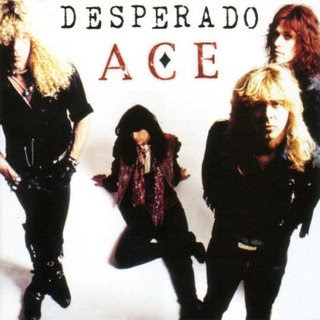 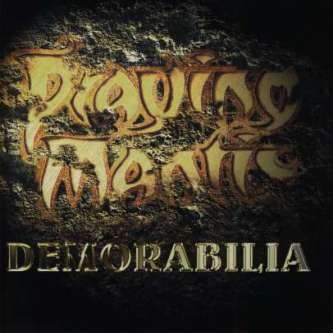 Features 1983 recordings from Clive Burr's Escape with guitarist Tino Troy and bassist Chris Troy from Praying Mantis and ex-Grand Prix vocalist Bernie Shaw plus Don Garbett on keyboards.
Sample -> A Question of Time (Not difficult to hear the man who played on from Phantom of the Opera) 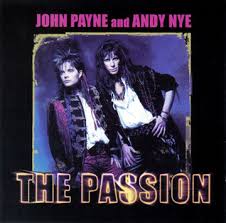 Never listened to his stuff outside Maiden - well, here's the chance.
I''ll check his albums starting with the one he did with Bernie Shaw.

I have added sound samples in my previous post.

Here's something not that hardrockerish:

Doesn't seem like he did much after Maiden. When did he first start showing signs of MS?

Forostar said:
I have added sound samples in my previous post.

Here's something not that hardrockerish:

Is that the same Simon Philips who played on Sin After Sin and some Michael Schenker stuff?

Prowler_108 said:
Is that the same Simon Philips who played on Sin After Sin and some Michael Schenker stuff?
Click to expand...

Yes. According to this page, he was involved. His name is written with 2 l's. I copied it wrong from YouTube.

I've been listening to Throwing Shapes and I'm enjoying it pretty much.

It's pure 80s hard rock with a lot of keyboards.Those songs remind me a lot of Triumph, Rainbow with JLT, late 80s Uriah Heep(not just because of Bernie.The album sounds like Raging Silence's ancestor) or even Foreigner and more.

I''ll spend some more time with this album before I try the next one.

Glad you like it. I have "Back Street Lovers" on now. I like that punchy snare drum sound and the simple but effective chord structures.

Forostar said:
Yes. According to this page, he was involved. His name is written with 2 l's. I copied it wrong from YouTube.
Click to expand...

Wait a minute, the Sin After Sin Simon Phillips was a drummer.

He is mainly a drummer, but he did more in his life. Playing keyboards is one of these things.

This is what the background information says on his wiki page:
Instruments Drums, percussion, keyboards
F

There was a good piece in classic rock with him last month .i always assumed he left maiden because off his illness but that wasnt the case .

Here's a link to a small article about Maiden and their helping Clive.

A little late, but thanks for posting!

It is painful to see Clive like this, I always have the mental image of him on the NOTB band picture. It is cool Maiden is helping him out ... I certainly wish him nothing but the best in a bad situation.

Found out about this vid thanks to Ariana who posted a link to an article about Clive:
Desperado: Dee Snider vocal, Clive Burr drums, Bernie Torme guitar, Marc Russell bass
rehearsing in Woodstock NY in 1989.

I don't like the music they play, but it's great to see that. The guy that shot the video paid much attention to Clive.

I don't think I realized it when it happened, but Clive died on Steve's birthday.