The main purpose of this thread is just to share clippings and documents
taken from the musical magazines and other printed press of 1982.​

The Magazine announces Maiden will start touring in March after the release of the new album.

Samson's nice words about Bruce after he left the band to join Maiden.

Maiden article (with pics taken from Run to the Hills video) 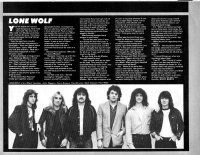 The Number of the Beast album Ad (I guess the fans became crazy when the artwork was revealed)
It's weird that there's no ad or mention to Run to the Hills in previous issues.

Eddie playing with a maiden. The magazine decided to make a story with Judas Priest and a penthouse girl called Cheryl in the issue#10 and they decided to make something with Maiden too. So here is Eddie doing it better. I attach the Priest story too.

The Number of the Beast album Review 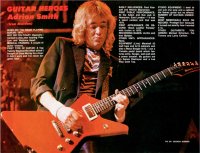 Reading 82 bill rumours (the Screaming for Vengance ad is awesome)

Magazine's backcover with The Number of the Beast lyrics 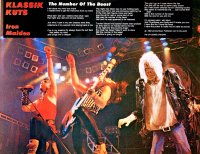 Janick was first at Donnington 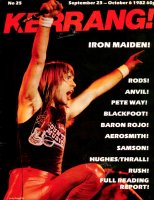 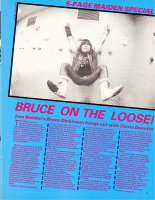 No news or mention trough the following issues. Even the band were out of the charts.

Magazine tell that Maiden will be recording early 1983

Records of the Year (by the magazine critics)