Boroking said:
Yeah but 'OOL' backwards is 'Loo' which is a common british terminaology for the toilet so i feel they'll find a loophole.
Click to expand...

Boroking said:
It is hot today so i just went to lie down in my clothes in the paddling pool for a quick cool down. It seems that my small and chubby children have been cleverly maximising their pool time by not taking toilet breaks and just going in the pool and now i am sat at my desk dripping wet and smelling of urine.
Click to expand...

That is so close to what happened it’s triggering flashbacks

Perun said:
I can't handle it right now schedule-wise, but next time you go there, let me know if you have an itch to visit Berlin.
Click to expand...

Will note! I’ve actually never been yet, we’ve passed right outside but never been inside the city proper. Probably not happening this trip either, but ya never know.

Diesel 11 said:
Freiberg, Sachsen. It’s the city my mom grew up in, still got my grandparents living here and whenever we visit we stay in an apartment from a nice lady we’ve been going to for years. Very excited about the food and the family, obviously Saxony is a shitshow politically but Freiberg really is like a second (or third) home.
Click to expand...

Have a wonder time and visit with your grandparents and family.

Flight back is the 12th.

I am at the mother fuckin’ airport.

My voice is byooreed in history.

Started the day still at Skien airport, Geiteryggen, where the final day of the National Aerobatics Championship was to take place. (My competition was finished on Wednesday, we only fly two runs in the lower classes). Got to watch some great flying from the guys in the Advanced category. After all flying was over, award ceremony finished and goodbyes said, it was time for me to pack my stuff in the plane and head back to Kjeller. After parking that aircraft in the hangar, I took on a test flight in one of our other aircraft, which had been through repairs. Took the co-pilot/observer seat with one of our more experienced instructors taking the pilot seat as I now had a beginning headache. The flight was successful and the aircraft released for use.

Then it was time to get home and get ready for Maiden. I stopped by a store to get some food and a couple of beers, got home and had one of said beers while figuring out how I would most efficiently get to the festival area. Turned out to be easier than I though, three metro stops and a short bus ride.

As I got off the bus I could already hear music in the distance. Got through the gate, and quickly found (as you maybe have guessed) the beer queue. Got two, and started to move towards the main stage. At this point, Mastodon were nearing the end of their set and I was just taking in the enjoyment of seeing so many smiling, happy people in band t-shirts, battle jackets with Maiden patches and so on. By the end of Mastodon's set I had found a good spot, not far behind the 2nd fence.

The start of Maiden's set drew closer and of course, any concrete sign that the fun was about to start, caused a cheer from the audience. Big cheer when that familiar introduction came on the PA, and by this time I had found a spot in the 3rd row behind said fence. Had a few words with a couple of ladies who seemed very geared up for the occasion The one standing closest to me assured me her friend would be able to keep that energy throughout the show, despite my doubts (two hours later I could affirm that she was right).

Show started, band on fire (not literally, dumbasses), crowd enjoying themselves. A few songs into the set, a gap opened one row in front, and only after helping said lady get into that spot I realized it had been meant for me. No worries, that lady was not taller than me and I had a decent view anyway. In the break between two songs I learned this was her first live Maiden experience, so I do not regret staying in my spot and giving a better one to a newcomer.

Eventually I got an opportunity to move closer to the fence and stayed there for the remainder of the show, ending up at the fence for the last song.
Once that all familiar outro started playing, I was heading for the exit after a night of great enjoyment, hugs, high fives and fist bumps with strangers, new and old members of the big Maiden family. Voice shattered, bladder full, managed to squeeze into the second bus heading the right direction.

Staff member
Life doesn't get much better than that!

Congratulations on your aerobatics success.

Brigantium said:
Life doesn't get much better than that!

Congratulations on your aerobatics success.

Damn right! And thanks

Staff member
Seventy-something neighbour was complaining this morning about the quality of music at Glastonbury this weekend, which one of his family is attending. Says he can't get any decent Viking Metal at festivals these days

Never struck me as a metal fan

Brigantium said:
Seventy-something neighbour was complaining this morning about the quality of music at Glastonbury this weekend, which one of his family is attending. Says he can't get any decent Viking Metal at festivals these days

Never struck me as a metal fan
Click to expand...

The TV channel Arte had Flight 666 playing. Based and fucking epic.

Anybody knows what Padel Tennis is?

I'll be working in Athens for a month, doing roadshows for the local clients next week and use it as a hub to fly to N. Europe and UK & I, later.
Did a round to discover the neighbourhood and saw there is Padel Tennis Club in the corner.

I used to be a Padel freak during my time in Dubai ~10 years ago, thus I already arranged a match for tonight and one for tomorrow night.
I'll be using my secondary running gear + my trail shoes. 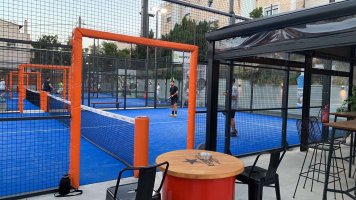 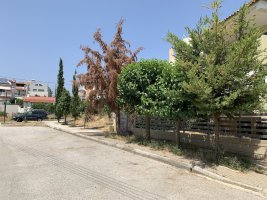 The place I'll be living looks ok for running as well, a suburb not too far from where Marathon battle took place and only 200m away from what is believed to be the original 42.2 km route.

I'm off to try a segment of that route with my ASICS Metaspeed Sky. I left Vaporflies back home, to start fresh when I'm back, late September. 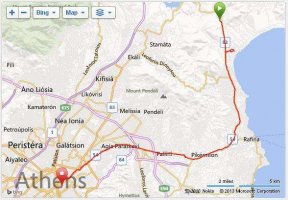 Staff member
Not heard of it before, sorry!

Brigantium said:
Not heard of it before, sorry!

Did you ask him he why doesn't want to hang out with us anymore?

Edington said:
why doesn't want to hang out with us anymore?
Click to expand...