PlayClassics! is not your average Janick basher though, judging by his praise of the Blaze-era:

Propably he enjoys much of Janick's playing - just not on the classic stuff?

I don't know what I want and I want it now.
E

Flaming Blimp Crash said:
I don't know what I want and I want it YESTERDAY.
Click to expand...

Phantom of My Own Opera

But seriously, the fact that Janick still gets hate after THIRTY-TWO years in the band is awful. The guy’s a classic member at this point (at least for me).

Phantom of My Own Opera said:

But seriously, the fact that Janick still gets hate after THIRTY-TWO years in the band is awful. The guy’s a classic member at this point (at least for me).
Click to expand...

Plus, he contributed much more to the songwriting in three decades than Dave since the beginning of the band... Even if the Iron Maiden sound wouldn't have been the same without Dave, Janick has, in a certain way, done much more for the band than his fellow.

Janick is a great guitarist, his solos blew me away at the DC show especially on Stratego and Sign of the Cross.

PlayClassics is like termites. A little bug spray won't do. Gotta tent and fumigate the whole place.
Click to expand...

I thought he was Rod in disguise, looking to test the waters for the next career moves by Maiden.

Janick did great as the lead player on the Wasted Years maxi single version and the Heaven Can Wait version of A Real Live One. Wasted Years once again became Adrians song after the reunion, but I think Janick is still basically doubling the Adrian parts with the exeption of the solo? I think Janick did the Heaven Can Wait solo on Flight 666. Hard to tell off Youtube what Janick did for Stranger in a Strange Land, but the Iron Maiden Commentary states that "the band omitted Stranger from the set because Janick didn't have time to learn Adrian's solo" so I dont expect him to have a prominent role when they play it again. It will definitely be interesting what parts Janick will play considering what a dominating force Adrian was on this album and on Senjutsu. Caught Somewhere in Time, Alexander the Great and The Loneliness of the Long Distance Runner all have sections that fits the three guitar lineup. Janick and Adrian (or Dave?) sharing the Deja Vu intro would be really cool!

Out of the 18 songs that are the focus on this tour, Janick was only involved in writing 2 of them and I dont know if it is likley that they will play either of them. If you are a Adrian Smith fan this is definitely the tour you want to attend!
Last edited: Nov 16, 2022
N

Don’t care. I’m just happy going to a Maiden gig and having a blast

Janick can help Adrian remember the solo to ATG! 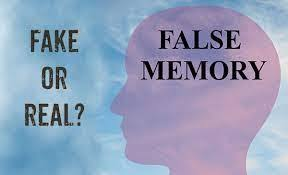 Interview with Bruce from 1986 discussing infamous Alexander the Great solo

I think that was a partial half/excuse, but anyway, just let Janick make up a new solo. Two birds with one stone!