Staff member
It's quite obviously a complete re-recording if you ask me.

It's only Bruce singing over the original recordings. Compare the versions, and see how similar (the same) it sounds.

Staff member
Foro is right. It's something Bruce did as part of his audition in 1982. It was only released in 1999.

SinisterMinisterX said:
Foro is right. It's something Bruce did as part of his audition in 1982. It was only released in 1999.
Click to expand...

No cheating. The text on the release said very respectfully:

ok fair enough but whats with the  u.s only  release

The track is featured on the US version of Ed Hunter. It is the hidden bonus track and also received radio play. This track was not present in the initial US pressing of the game, but on runs that featured a sticker on the shrinkwrap stating that the track was included. See here: 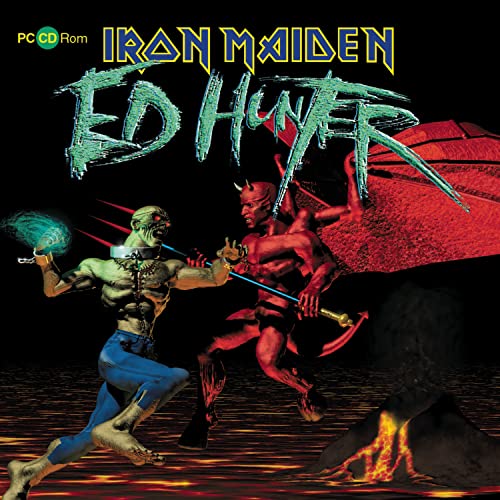 is the promo, probably for radio station distribution only.

I only know the song from internet.

Thanks Forostar think that about covers everything

You can very clearly hear Di'Anno's voice in the chorus, which is actually really cool if you ask me.  It's like having them both on a song.

Actually, I remember someone on YouTube did make a version which has both on vocals, where they share lines! Like on The One You Love to Hate (Halford and Dickinson)

It was well done, but I can't find it.

I found a worse attempt where they both "do" Prowler. This is not good but still very funny.
http://www.youtube.com/watch?v=BNNVctpvAz0
W

On Wrathchild 99 you can also hear that Kevin Shirley has remixed it - the drums have that distinctive KS sound.  Makes you wish he could do something with the first album...

Staff member
welcome to the forum! Even though you signed up before me...... I might have Ed Hunter. Gonna go look for it. Havn't heard that Wrathdhild Though

Wasted Beers said:
On Wrathchild 99 you can also hear that Kevin Shirley has remixed it - the drums have that distinctive KS sound.  Makes you wish he could do something with the first album...
Click to expand...

You hear it, or you know it (and hear it)? I thought Kevin started working with Maiden in 2000.

Staff member
KS has a very specific drum sound as pointed out in the DOTR documentary. I can believe that he heard it.


edit: Nevermind, Ed Hunter is on his website. Because I didn't know him back then, it certainly didn't ring a bell.
And I have never checked the booklet either, since I bought it.