KidInTheDark666 said:
I don't get the dislike for Lost In A Lost World at all. To me it's either the 3rd or 4th best song on Senjutsu.
Click to expand...

It’s probably the terribly sung chorus more than anything. I also don’t like the boring noodling that borrows from “Afraid To Shoot Strangers”.

Jer said:
It’s probably the terribly sung chorus more than anything. I also don’t like the boring noodling that borrows from “Afraid To Shoot Strangers”.
Click to expand...

Yeah, the chorus isn't my favorite but I really, really like the boring noodling.
A

I'm using Zare's keys as below, plus the (^) symbol to show that while music was ok, choice was made due to disliked lyrics.

Zare said:
The (*) mark are songs that happen to be least favourable on the record, while also being good or sometimes excellent tracks
The (+) mark are songs that have competition. E.g. I had to choose one from multiple bad options.
The unmaked are those that don't have competition, e.g. they're the sole track of the record I don't find that likable.
Click to expand...

LongDistanceRunner1981 said:
Senjutsu: Days of Future Past
Click to expand... 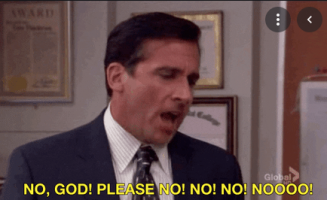 It's not bad at all. It just is my least favourite. This is a great record after all. I mean I love the Iron Maiden and I think Out of the Shadows is a very good tune. But I had to pick one off of every album

____no5 said:
plus the (^) symbol to show that while music was ok, choice was made due to disliked lyrics.
Click to expand...

Good idea, Charlotte's low score is about the lyrics, is a very fun song musically and the breakdown is beautiful.

TheMercenary said:
#17 -> Death Of The Celts & Days Of Future Past
Click to expand...

Ok, now this is one too many. Things are getting out of control here!!

That are the worst songs that I consider like that at this moment. It can change tomorrow.

*these songs are just my least favorites, but they are quite good though.

You can't be serious?

Iron Maiden - Sanctuary*
Killers - The Ides Of March - I hate to choose this, but If I had to get rid of any song on this album, might as well be the intro.
TNOTB - Gangland*
POM - Quest For Fire
Powerslave - Losfer Words (Big 'Orra)*
SIT - Heaven Can Wait - Good song, the chorus is a bit awkward.
SSOASS - The Prophecy*
NPFTD - Public Enema Number One - This one isn't really worse than any other song on the album. I like it. Still had to choose.
FOTD - The Apparition - Maybe the first easy choice.
TXF - Fortunes Of War*
VXI - The Angel And The Gambler - Another easy choice. Should've been the short version, or possibly even Virus.
BNW - Dream Of Mirrors - A good track, but too repetitious.
DOD - New Frontier - Poor Nicko, one song writing contribution and I mark it as the worst song. It's still a good song, but I chose this just for the lyrics.
AMOLAD - Different World*
TFF - The Man Who Would Be King - Great song, only chosen because of some awkward lyrics.
TBOS - Speed of Light*
Senjutsu - Lost In A Lost World - This one was very hard. It only chose this because there's a minute and a half in the middle which I believe should've been cut. Other than that, amazing track.

* denotes great songs on amazing albums that were chosen because I had to.

Man, that was rough!

Mega said:
Killers - The Ides Of March - I hate to choose this, but If I had to get rid of any song on this album, might as well be the intro.
Click to expand...