KidInTheDark666 said:
Oh fuck me, I knew it wouldn't work.
Click to expand...

Did you turn your link sharing on?

Diesel 11 said:
Did you turn your link sharing on?
Click to expand...

Yeah I thought I did everything right.

Does anyone know of a good venue to post Iron Maiden karaokes? I have been seriously getting into doing Maiden covers, and I am on Singsnap.....but there don't seem to be any Iron Maiden fans there. In some cases, I'm the only person that has even done a cover of a given Maiden song. Red Karaoke was hotter, they had more heavy metal and more metal fans, but they just folded.

Below is a sampling of my stuff.

So up to this point I’ve been primarily using head voice to sing, but my voice was coming out quite airy and at this point I’ve decided to completely restructure my singing style. I’ve been practicing with my base voice and have recorded some demos. Would really appreciate thoughts on them.

Wish I Had An Angel

I listened to your recordings, and you really have awesome potential! I would recommend that you come over here to SingSnap and use the backing tracks.
Your voice isn't as high as Dickinson's, but it is a bit higher than my bass voice, and you do excellent vibrado, and your ability to hold a note (lung capacity) is great.
I don't know if you've listened to any of my covers, but here's another one, Flight of Icarus: 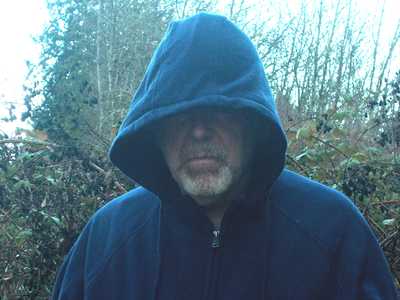 Flight Of Icarus by RainBoKatchr

I am going to be starting a club on SingSnap that I am calling "Rocker and Metalhead Haven." In it, I will encourage people to post their songs and listen to others, and I'll be commenting on postings myself.

Also, I'm going to be uploading more Iron Maiden (and Bruce Dickinson) karaokes for songs they don't have on there.

Thanks for the praise. I missed your post earlier but I’ve checked out your Icarus cover now. Your voice is also much lower than Bruce and you sort make it sound like you’re telling a story instead of singing it. Your tone of voice is pretty good but I’d recommend working on making it a bit more “sing-songy”. There’s definitely potential there.

Well, I used to have a thought that The Angel and the Gambler could work as a bit more chill-out, even a bit "country-ish," campfire thing. And since I've been occasionally practising and tempering with my more or less burning musical ambitions and orientations with some very basic chords to accompany my attempts at singing stuff from CRR, some finnish bands/artists, Springsteen and such, I also had a go with ukulele & TAATG, just to test if this old plan of mine could actually turn into an actual cover version of some sort. I find that even though the song and it's vocal lines don't really go into that adventurous heights, I didn't find it as comfortable as I thought it might be. As a very beginner when it comes to actual singing, any kind of Maiden stuff isn't something I'd probly should temper with, but of the couple of tunes I've really tried to do something with, TAATG was propably the one I thought would turn out much better than it did. One or two other songs, however, I thought were something I might try to tackle at some point in the future, but that's probably a far reach anyway.

As you can tell, I'm not very good at arranging (not to even mention the actual playing), I can't quite put any real groove to it and the timings and such are a bit off, but as it is, here's some very rrrrough, "demo(n)ish" takes on the mentioned song. I don't know how I managed to botch with it, but as I recorded the verses and the chorus separately for the first one, there is a very, very broken tempo change, but yeah, it's all about learning and hitting your head against the wall and who knows what else along the way.

More or less similar take on the basic idea was, obviously, pulled of by Blaze & Thomas Zwijsen rather brilliantly with their acoustic shows, and while I actually had something a bit different in mind, it remains to be seen if I actually manage to take it to any more or less sophisticated end.

Flight Of Icarus by RainBoKatchr

Very interesting take on the vocals of FOI, actually. As different as your approach really is, it actually suits the atmosphere and lyrical content of the song very well. As Diesel above, I like the "narrating" aspect of your performance too. From the Maiden stuff, I'd imagine that stuff like Lord of the Flies would probably suit you well, as it's a bit darker song that still retains the strong "storytelling" narrative.


Diesel 11 said:
So up to this point I’ve been primarily using head voice to sing, but my voice was coming out quite airy and at this point I’ve decided to completely restructure my singing style. I’ve been practicing with my base voice and have recorded some demos. Would really appreciate thoughts on them.
Click to expand...

Now that's a very different material than what we've heard from you before. I'm not really an expert when it comes to these things, but I'd say that you definitely have very good capability and potential with your range and holding notes etc, so that's a good foundation for practising the singing techniques and the "utmost" singing voice. You carry the text very well, even with this lower approach, but it'd be interesting to hear something a step or two softer from you. I mean, more "traditional" rock type of things, that don't necessarily require that much range and/or power, but help at discovering the basic stuff, such as breathing and all that. At least that's what I've found when giving a go for oldie goldies such as The River or Have You Ever Seen the Rain.

Haven’t posted here in a while but here’s a couple covers for anyone interested.

I’ve been trying for ages to make a Pathetic Tearjerker Schlager cover I was comfortable with sharing. Even if I get everything else in that song down, I trip up on Barlow’s high note. It’s just out of reach for me. So I went a little lower with this one and I think I did a fairly decent job. Thoughts and stuff would be appreciated.

A Question Of Heaven

Diesel 11 said:
I’ve been trying for ages to make a Pathetic Tearjerker Schlager cover I was comfortable with sharing. Even if I get everything else in that song down, I trip up on Barlow’s high note. It’s just out of reach for me. So I went a little lower with this one and I think I did a fairly decent job. Thoughts and stuff would be appreciated.

A Question Of Heaven

Nicely done, Diesel. Have you ever thought of joining a band?

MindRuler said:
Nicely done, Diesel. Have you ever thought of joining a band?
Click to expand...

Yeah. I have one right now but the virus has made it slow going.

Diesel 11 said:
Yeah. I have one right now but the virus has made it slow going.
Click to expand...

Is it a coverband or own music?

MindRuler said:
Is it a coverband or own music?
Click to expand...

Staff member
So, @Diesel 11 I gave that Question of Heaven recording a listen. I'm thinking this is the best I heard from you so far, because it's more in your range of skills. What works against you, and that is not your fault, is that you're singing stuff that is written to be heard with music framing the vocals. It will never sound the way it's intended with just an isolated vocal track. This is what makes it a bit difficult to properly appreciate your singing; the end of the Question of Heaven track sounds awkward when listening to it this way, but it might sound good when embedded in an instrumental track, I don't know honestly.
You're only occasionally off-key and you hit most of the notes. When you hold the notes longer or are singing a lengthier melody, your voice starts to tremble a bit. It's gotten better compared to your earlier recordings, but I think you still need to practice to control your voice more. The one thing I believe you need the most is more power in your voice. Try to take the pressure from deep down in your body, from your belly. I don't know how you're recording these, but stand up while singing if you're not already doing it. Some singers are looking upwards, others are bending down, like Halford, experiment a bit with what works for you.
Honestly, what it comes down to is: I think you have it in you to be a good singer, but you need training. You've gotten quite far on your own, but I think it's time to get a vocal coach to make you live up to your full potential.

I´d follow the advice of Perun, @Diesel 11. Vocal lessons helped me a lot in the past. They prevented me from sour throats and I gained much more power. You´ll only improve.

Phil moufarrage offers a good, pedagogical online course for a reasonable buck. Ken Tamplin is purely a rock coach, offers online courses too, but a bit more expensive than Phil. These two are the go to guys for online course programs.
You must log in or register to reply here.
Share:
Facebook Twitter Reddit Pinterest Tumblr WhatsApp Email Share Link
Top