The headphones and speakers thread

So, we all listen to music on various equipment, and it might be interesting to share what we listen through and perhaps a place for casual recommendations within the community without the pretentiousness of the various hifi-forums.

I've a few headphones, being a sound buff and all, but at home listen through Genelec 8020 speakers or headphones, Philips Fidelio X3, which are both physically huge, and are that as well in terms of sound. They have a slight bit too much in the lower treble area and a bit too scooped in the 3khz area, but other than that, perfect and are on sale every now and then if anybody is interested in trying them out. I bought them on sale, but probably wouldn't for the original retail price which was a bit steep. The frequency balance is easily remedied through a 3rd part system EQ on the computer. I just found the predecessor, X2hr on sale for 110 Euros, a bargain which I jumped at and subsequently spurred this thread. They are supposedly a "fun" set of headphones with more bottom than it's follow up model.

When on the run I've got a pair of older Sennheiser Momentum on ear, as well as the MkII Momentum true wireless. The thing about headphones though is the dynamic pricing stage. Some hifi headphones retail for 1000 Euros and yet at the same time there are relatively great headphones out there for 50 and even less. There's good sound to find all around and as the saying goes, bad sound kills good music.

Staff member
I have these 3:

Riff Wireless perfectly blends simplicity and technology. You get bold sound quality and convenient features that make your life easier. Without unnecessary extras. 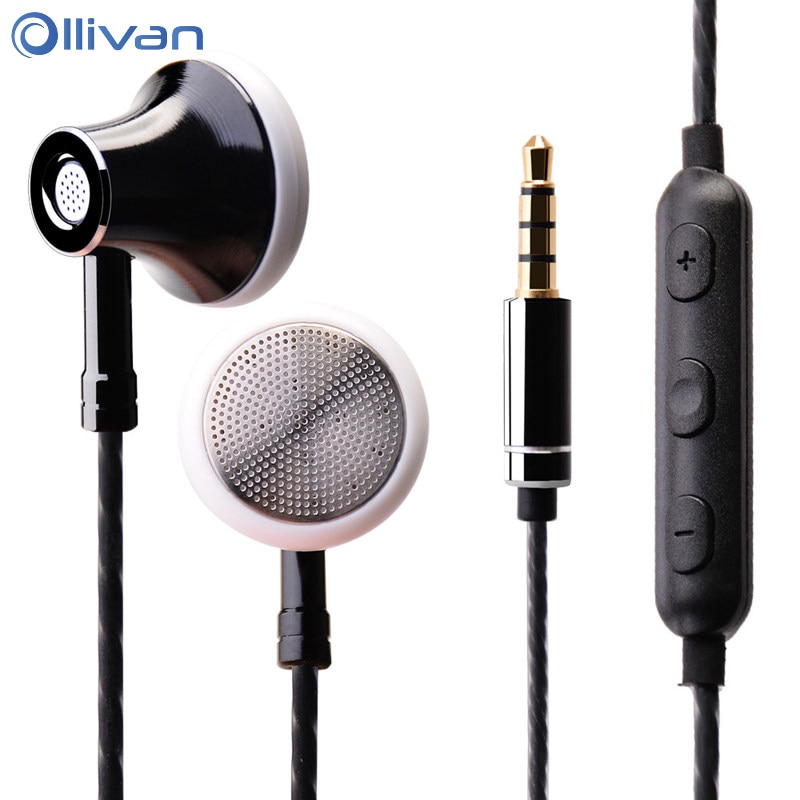 Night Prowler said:
I have these 3:

Riff Wireless perfectly blends simplicity and technology. You get bold sound quality and convenient features that make your life easier. Without unnecessary extras.

Which do you use the most?

Wharfdale speakers for my hifi, not sure of the model but doubt they are particularly high end.

Don't listen to music on headphones much other than when outside, but have Maiden Audio since they were going cheap, wouldn't wear them in public though

, have a cheap sennheiser pair of ear buds that sound good and have lasted a long time.

99.9% of my music listening is at home. I have a pair of refurbished Infinity EL30 speakers and I'm currently looking to retire the Phillips amp deck for something better. I don't know what to buy, because a good receiver is an overkill, both features, price and dimensions wise. I've been looking at stereo rack poweramps for this. Tips are appreciated.

I also have Sennheiser HD150 headphones that I sometimes use for monitoring.

Thanks to work, I have and use these:

They are fantastic, highly recommended. Best headphones I've ever had by far.

Jabra make really good products. Wife has a cheaper Jabra headset from work, and they sound very good at less than half the price of yours, so I bet yours sound great. I've got a set of Jabra Active 65T wireless earbuds, best bang for the buck true wireless I've come across. Jabra is incredibly competetive in the field. They are like 60 bucks and sound ridiculously good and their insulation is great - I still use them as earplugs with low volume music playing to be able to sleep uninterrupted when the wife takes the morning shift with our toddler.

Staff member
I have Sony WH-CH710N for wireless, which I can currently only use with the phone. The sound is great but the noise cancellation is not very good and they get very uncomfortable to wear in the long run. I have another pair of JVCs of high I don't know the specs, but they are also excellent and comfortable for a long duration, but have a very long cable which isn't always the best thing.

In the office I have PreSonus Eris 3.5 studio monitors which I mostly pump Spotify through (except for when I'm recording). I also have a pair of Sennheiser cans which I use rarely.

My living room hi-fi is powered by a Cambridge Audio amp into floor standing Tannoy speakers (can't remember the model name). There's also a pair of wireless Sony headphones for the PlayStation which sound surprisingly good for music.

Sennheiser HD 465 headphones which I've had for over a decade and use most days. Have to change the foam.
Speakers are always best and I've recently attached my old Sonys from a reasonably priced, now deceased hifi system I bought in '99.
I can't go loud unfortunately, so these suffice.

Review: Phillips Fidelio X2hr are awesome. They are rather big, heavy and clamping down a bit, but they sound right on the money. There's a bit of a dip in the 3khz region and a slightly sharpened and uneven treble range. They go deeper than their successor, X3 as well. All in all, I'd say they are the better headphones, but X3's soundstage is a slight bit wider in a positive sense and the headphones are more comfortable and lighter. The X2hr are unbeatable for the price when they are on sale though. 110 euros is a bargain. Worth noting though is that these are open back headphones. They are not suitable for noisy environments but are magic in the confines of a home.

The use of non locking tele connectors on both models is highly questionable though. The sockets on the X3 are already worn. I strapped the cable to the headphones on the X2hr with small cable ties to avoid this happening to them as well. 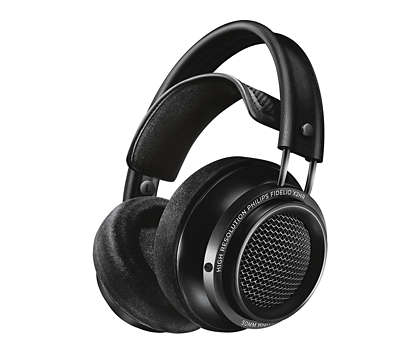 Yax said:
Which do you use the most?
Click to expand...

Riff Wireless have the best sound, but using them for too long makes my head and ears hurt. Also I don't wear them outside when it's summer cause they'd get drenched in sweat.

Xiaomi ones are useful, but sound quality is just OK and mic is shit. I broke one pair, and bought new ones that I still didn't open, because the cheap Aliexpress pair, despite the cables and the price, has better sound and mic quality.

Budget setup but I live in a small flat anyway. Not having a lot of bass is a good thing, for me.

I bought a set of SoundMagic E11 wireless earphones at the start of this year and they died yesterday, seems that the internal battery became disconnected somehow and they won't power on without being plugged in, which kinda defeats the purpose of them being wireless. Got myself a set of Sennheiser CX150's to replace them, currently playing Hell on Earth through them and it sounds better than ever. Plus, they were cheaper than the SoundMagic's and they're way more comfortable, I should've bought them in the first place.

I want to get a new record player and speakers for Christmas but i'm pretty clueless when it comes to tech so if anyone wants to share their genius with me and offer some suggestions it would be warmly received.

I got t.amp E-400 on order as a replacement for Phillips mini hi-fi deck I've been using as an amplifier for computer output for ages. The recent speaker acquisition requires something better.

It's a typical 2 channel class AB poweramp that can do 120W per channel with 8ohm speakers.

For eur 135 I think it should be great as a main stereo amp for home. It seems to have good build for the price. I was looking to install a real, bulky amp between my audio interface and new speakers, without paying for typical AV receiver that has a shitton of channels that I really don't need. This one is about 9 kg, in 2U rack height and some 30 cm depth, while typical good receiver like HK/Yamaha will be about 4U and more elongated.

The cons aren't cons but stem from this device not being a home or Hi-Fi thing. It has two completely separate channels that can be bridged for driving high power mono systems, but in stereo it's just separate in->amp->out, the only control available being two volume knobs, meaning L and R volume controlled separately. It also has a big fan in it which is not silent. It's meant to be installed in a rack somewhere and run a gig as opposed to home listening experience so I guess that's fair.

In any case, the fan can be disconnected, since I'd need about 10% of the power in peak cases for home anyway. It features standby, so if there's no signal it will shut down and then take couple of seconds to boot up again, which ensures it won't overheat without a fan, even if temperature sensor fails. So noisy fan off is bulletproof. Here I can add that this amp has been handmade by Thomann for years and it's meant to have high repairability so tinkering inside it won't be a problem - I saw images and it's really neatly done.

For this kind of money, can drive big home stereo, can drive PAs and guitar heads/preamps for small clubs.

Let's see if there's an issue with usability of volume controls, if they can be set to a fixed point and left there than it shouldn't matter. If they require to be completely down when the amp is being powered on so speakers don't receive junk and go pop or click which can be damaging, then it's kind of a hassle. But having a standby mode I hope that's not the case. It does have a limiter circuit. So everything points to setting those knobs at sweet spot and just leaving the amp there, managing volume on the PC. Couple of seconds of downtime when going off standby something I'll get used to, especially because the current HiFi is letting a small but noticeable hiss all the time.

Does anyone else enjoy reading manuals for gear while waiting for it to arrive?

Thomann's own stuff is usually really, really good for a very modest sum. You've probably made a good purchase. I recently bought guitar strings and a couple of 6.3 TS cables, Thomann branded. No complaints.