Staff member
I wouldn't be surprised if the back channels between the White House and the Kremlin are hopping right now with some variation of "it's the same as a nuke, don't you dare".

There is one big difference: blowing the dam can, for a while at least, be blamed on Ukraine, while a nuke cannot.
N

Boroking said:
Reports now coming in that the Russian's have announced they are withdrawing from Kherson due to their inability to resupply their troops. If true (and major media sources are reporting) this would be a major coup for Ukraine and a vindication of their strategy which will regain them a major city without the bloody task of weeks of urban combat.

Of course the cynic in me worries that this is a Russian trap, the most heinous of which would involve them blowing the Nova kakhovka Dam once Ukrainian troops have entered the city and washing them away in a biblical flood. As strategically idiotic as this would be (it would wipe out the vital Crimean canal and flood plenty of settlements on the Russian side of the river) there is a powerful thread running through Russian media voices of the 'if we can't have it, no one can' type.
Click to expand...

If the Russians were to blow the dam, they would only be flooding themselves. The topography of the landscape would mean the floodwater would flow more towards eastern bank of the Dnipro river, where the Russians have taken up their positions.
N

Christopher Baines said:
Its all very well Zeilinsky and the west saying we cannot let Russia win this war but i dont see any alternative. Russia will not stop until the war is won. No one is gonna stop Putin im afraid. You can halt and slow it down but ultimately theres only so far you can go without starting WW3. If Putins inner circle wanted to stop this war, they would have done already. I really dont see many alternatives.
Click to expand...

Also, the Russians took Kherson in the south, but got no further. They failed the southern objective to take Odesa, which meant the Russian forces couldn’t link up with Transnistria.

Wars take time to win. Russia still can’t be underestimated, and they will win the odd battle. But ultimately, the war is lost. Russia is sending in conscripts who are poorly equipped and poorly trained.

Yes, Ukraine are using conscripts. But those conscripts are being properly trained by Nato troops. The Ukrainians also have the luxury of NATO weaponry and even Soviet weapons have received modern Nato upgrades.

Russian morale is at an all time low, with over 100,000 troops killed, in just eight months, since the invasion began. That’s almost twice as many troops killed than what the USA suffered throughout the whole of the Vietnam War.

Tyrannical regimes have shown they don’t have the sense to know when they’ve lost a war. The likelihood is, a coup will happen, as this war is now affecting middle class Russians.

Ukrainian troops entering Kherson as we speak. This would have taken weeks more bloody fighting. Assuming there’s no trap this is a great day
C

Given Russias seeming response to G20 today this war isnt going to end anytime soon. I thought there was at least some hope after the pulling out of Kerhson and various leaders talking of peace but it seems that is as far away as ever after todays attacks.

Christopher Baines said:
Given Russias seeming response to G20 today this war isnt going to end anytime soon. I thought there was at least some hope after the pulling out of Kerhson and various leaders talking of peace but it seems that is as far away as ever after todays attacks.
Click to expand...

I don't know what a G20 is or what Russia's response was. This thread is where I get my Russian Ukraine news. Spill it.
C

Basically most leaders condemed the war as expected, Zeilinsky said in needs to end now etc Lavrov left early and then major cities in Ukraine were attacked inc Kiev. A lot of infrastruce down.

Apparently a Ruzzian missile has ended up on the Polish side of the border, killing two wonder how the orcs will explain this.

Dr. Eddies Wingman said:
Apparently a Ruzzian missile has ended up on the Polish side of the border, killing two wonder how the orcs will explain this.
Click to expand...

With lies, denials and propaganda as usual, most probably.

It was not a missile, it was a Ukrainian missile, it was a NATO missile, nobody was killed really, those killed were Nazis anyway, and it's all Photoshop; it wasn't in Poland, Poland is not a country, Poland is an ancient arch-enemy, we're a peaceful nation with no enemies, the ordinary stuff.
Bastards.

No, this is an American produced missile, donated to Ukraine, and shot up by Ukraine.

Dr. Eddies Wingman said:
Apparently a Ruzzian missile has ended up on the Polish side of the border, killing two wonder how the orcs will explain this.
Click to expand...

Yeah, that was ~2km from my parents house. Farmer and employee of grocery shop were killed.

Meliegree said:
Yeah, that was ~2km from my parents house. Farmer and employee of grocery shop were killed.
Click to expand...

I hope your parents are alright and they have the option to leave if it gets too heated.
N

Sth2112 said:
No, this is an American produced missile, donated to Ukraine, and shot up by Ukraine.
Click to expand...

A Russian missile, fired into western Ukraine was intercepted by a Ukrainian air defence missile near the border with Poland. Unfortunately, the result was both missiles crashed into Polish territory and killed two innocent people.

Over 100 missiles were fired into Ukraine, and it’s inevitable that if these missiles are intercepted near other countries borders, they will fall into neighbouring territories.

The same thing happened a couple of weeks ago when an intercepted missile landed in a village just over the border with Moldova.

If this is correct, that it was a UKR defensive missile - or both - that crashed in Poland, the simplest solution still would be that the terrorists in Moscow stopped firing missiles at Ukrainian cities. But I guess Comical Sergey is instead going to suggest Ukraine stop shooting at incoming Russian missiles.

Regardless of the origin of the missile Russia is still to blame as there would be no need for missile defence if Russia wasn't bombarding civilian targets day after day. Every death in this war is directly Russia's fault as it all stems from their invasion.
Last edited: Nov 16, 2022

Say what you want, but Macron sucks big time. He is such a disgrace.... I wonder what he would do, if putin would invade France. Oh, he would take care that security guarantees for invaders are assured 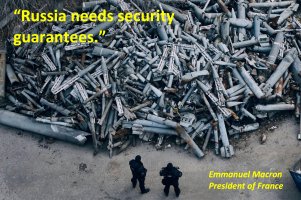 Staff member
I think Macron speaks for very few people when he says things like that. The USA and most NATO countries rejected Putin's pre-war security assurances demand, after all. Thankfully, France is only one member of the alliance. The rest are pretty clear that any negotiation with Russia must be predicated on their willingness to end the war. 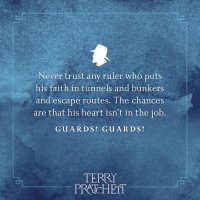