LooseCannon said:
Honestly, I'm not going to watch any of this. It's disgusting that they became the Qatari's mouthpiece at the last minute. No spine, just cash.
Click to expand...

Seriously? Are you strong enough to do that? You deserve kudos even for the fact that you said it.
This is what we all should do. But we won’t. And I’m afraid this will all be forgotten in the end; business as usual for them and spectacles for the masses.

Qatar mouthpiece the last moment? I don’t think so. They’ve been their tool all the way, now it’s just visible for all to see. Current FIFA president is the perfect puppet. Fucking idiot he said western people should apologize to mankind for the next 3000 years. All to defend Qatar’s regime.

Which spend 200+ fucking billions there. The bribes alone were close to billion. With 1 more they could have provide support for the families of those who died to build their stadiums. Scholarships for their children. That would be a legacy to be remembered.
Only the money given to that scumbag of Beckham ($150m) would had provided full support to those families for 4 years.
Last edited: Nov 21, 2022

LooseCannon said:
Honestly, I'm not going to watch any of this. It's disgusting that they became the Qatari's mouthpiece at the last minute. No spine, just cash.
Click to expand...

I get where people are coming from, I've some gay mates who are boycotting it altogether, but it's a case of only cutting your nose off to spite your face, as the damage has already been done by FIFA giving it to them in the first place, and people not watching won't be missed in the larger scheme of things.

While Qatar are obviously after a bit of sportswashing, I reckon it will have the opposite effect of exposing these backwards shitholes to the world.

USA were real good in the first half last night and got a deserved goal but dropped off the pace big time in the second half and a draw was probably a fair result.

Saudis beating Argentina at the moment!

Madness! Good to see. That said, I still want the boy Lionel to lift it at the end. Just to sicken Ronaldo.

Think they have to now, or else his legacy will be "beaten by Saudi Arabia"

We did that many years ago. He was young, but he still remembers that day -and he will for the rest of his life! World haven't thanked us enough

Having said that I felt bad for Figo and the rest of Portuguese team and people. I was routing for them as I didn't expect we would ever pass the Group stage. Or even score a victory for that matter. Maybe a draw, that's all we had hoped for. 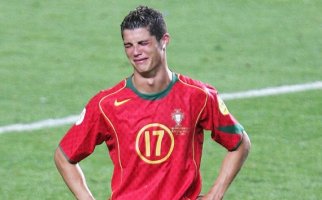 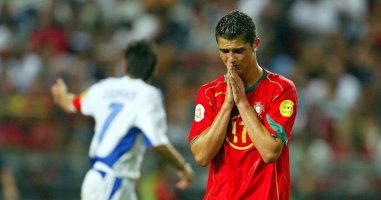 England, France and Spain are the most impressive so far. 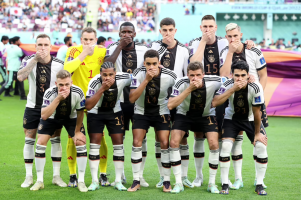 Canada unlucky against a poor Belgium

Probably the most enjoyable match I've watched so far. Unlucky Canada, too bad they can't shoot.

Yup, we were uninspired, slow,...awful.
Can't believe we didn't lose though.
Canada deserved the 3 points much more.

They can shoot, but only moose and other wildlife

Dr. Eddies Wingman said:
They can shoot, but only moose and other wildlife

Most entertaining half so far, Portugal 3 Ghana 2 and the Ghanese almost equalized in the dying seconds of the game. A shame that he slipped there, I would've loved to see 3-3. If only to see the face of C. Ronaldo ...

That game was unfair to Ghana. To lose as a result of an unjustified penalty... Eh, well... That's football.

Impressed with what Brazil has shown in the last 30 minutes. Not sure about that 4-2-4 against the likes of France and Spain, tho.

I wonder what would happen if a fan of Rainbow (the band) wore a t-shirt representing his favourite band to a World Cup game ...

Dr. Eddies Wingman said:
I wonder what would happen if a fan of Rainbow (the band) wore a t-shirt representing his favourite band to a World Cup game ...
Click to expand...

Joking aside, I'd say likely they won't get into the match.

I often wonder when I wear my Rising tshirt do people think I'm on my way to Pride?

srfc said:
I often wonder when I wear my Rising tshirt do people think I'm on my way to Pride?
Click to expand...