Hi folks hope you have all had a good Christmas despite the circumstances, I have just come across these online and wanted to know your thoughts on wether these are fake or possibly legit? It’s not something I would expect from Maiden but after what has happened this year nothing surprises me 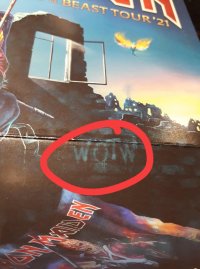 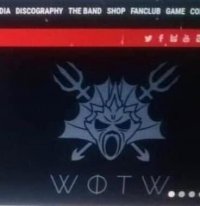 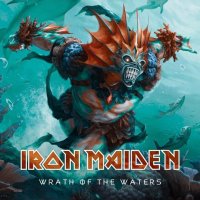 That's an edited piece of artwork from Magic the Gathering: https://gatherer.wizards.com/Handlers/Image.ashx?multiverseid=469868&type=card

I thought so, you never know but reading this “statement” it clearly is another wind up

IRON MAIDEN WILL RELEASE ′′ WRATH OF THE WATERS ′′ IN SEPTEMBER 2021.
Iron Maiden's highly anticipated new studio album, Wrath of the Waters, will premiere worldwide via Parlophone Records (Sanctuary / BMG in the United States). It was recorded in Paris with producer Kevin ′′ Caveman ′′ Shirley in early 2019 at Guillaume Tell Studios where the band previously recorded ′′ The Book of Souls ′′ and ′′ Brave New World ". The finishing touches were given to beginning of this year. However, the band decided to delay its release due to the current knowledge situation regarding the COVID-19. pandemic.
Cover art was created by artist Liem Setiawen. Like with ′′ The Book of Souls ′′ there is a broader division in songwriting compared to Maiden's previous records, with bassist and founding member Steve Harris contributing to seven of the tracks; 6 of them with Maiden guitarists and a unique composition. Once again, Bruce Dickinson signs one of the solo songs, two alongside Adrian Smith and there's Steve Harris featuring them both.
Steve Harris comments:
′′ It was an atypical composition for our way of working. We recorded the material in 2019 but continued to spin with Legacy of the Beast so we didn't introduce it immediately. We spent a short time in the studio and I think the immediacy of the composition is really cool and great songs came out. I think we've made a great album with Wrath of the Waters. Can't wait for you guys to hear it too, and of course, we hope to get it on stage soon!"
Bruce Dickinson continues:
′′ We started working at Wrath of the Waters ′′ in late winter 2019 and recorded at Guillaume Tell Studios just like last time. That place really suits us all so well; there's a special atmosphere and it looks like magic flows and makes ideas sprout from everywhere. We all agree that we have achieved an album with a unique identity, but at the same time part of Iron Maiden's identity."
Below is the list of topics:
1. Wrath Of The Waters (Smith/Harris) 9:49
2. Black Lotus (Smith/Dickinson) 4:15
3. Beyond The Veil (Murray/Harris) 5:44
4. The Nature Of Hate (Smith/Harris) 7:21
5. Empty Canvas (Gers/Harris) 6:52
6. Blissful Oblivion (Smith/Harris/Dickinson) 4:48
7. Spiritual Tantrum (Smith/Dickinson) 5:27
8. Pale Blue Dot (Dickinson) 8:33
9. Beneath The Same Sky (Smith/Harris/Dickinson) 6:36
10. The Flying Dutchman (Harris) 12:04
Departure Date: September 31
Launch Formats:
CD deluxe "waterbook" limited edition
CD digipak edition
Double heavyweight black vinyl
High res audio (24-bit Mastered for iTunes and non-Mastered for iTunes)
Standard res audio (16 bit/ 44.1 kHz)
Wrath of the Waters is the band's seventeenth studio album since their self-titled debut in 1980, which reached #4 in the UK, with a career in sales of over 100 million albums all over the world. Their previous album The Book of Souls, 2015, peaked at number one in 24 countries and was the highest debut in the US. USA. alongside The Final Frontier from 2010, peaking #4 on the Billboard 200.
Due to COVID-19, the band had to delay plans from their Legacy of the Beast Tour, but with the promise to be on stage again by the middle of next year.
Up The Irons!

Staff member
This fan fiction is hilarious.
1: bad video game styled artwork that looks nothing like Maiden
2: typos all over the “press release” which was clearly written by someone who speaks English as a second language
3: September 31
4: Recycling song titles from Dream Theater

Come on, no wonder people fall for Attick Demons every year.

Dream Theater already did that lol, and if another band would use that title I’d rather it be Nightwish.

This would be lit though!

I think ‘WOTW’ would be an awesome album if that stood for War Of The Worlds. Imagine a 20 min ‘Arry epic of the same name, outdoing what Bruce did with “Empire Of The Clouds”. Would be hella interesting.

Staff member
Well, it's nice to have something to chat about. I wonder how many fakes have come along.

The press release is truly crap.

Mosh said:
This fan fiction is hilarious.
1: bad video game styled artwork that looks nothing like Maiden
2: typos all over the “press release” which was clearly written by someone who speaks English as a second language
3: September 31
4: Recycling song titles from Dream Theater

Come on, no wonder people fall for Attick Demons every year.
Click to expand...

WOTW is on the poster which came with the NOTD cd, just wondered if that had any significance? It is probably something and nothing 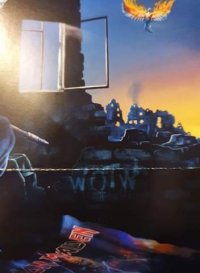 Lealman83 said:
WOTW is on the poster which came with the NOTD cd, just wondered if that had any significance? It is probably something and nothing View attachment 13475
Click to expand...

Yes, the hoaxer saw "WOTW" and then concocted a hoax around that.

The "writing on the wall" was discussed here when the album was released, https://forum.maidenfans.com/thread...-mexico-city-new-live-album.71652/post-886640 and a few more posts after it

I have to say the Eddie fish crossed guns logo is pretty clever, a call back to the logos from AMOLAD and TBOS and obviously the hoaxer had to create it themselves.

Shame they went to all that trouble but made basic mistakes that @Mosh has picked up, and also that the recording took place in "early 2019" at the start of the paragraph but that had changed to "late winter 2019" by the end of it.

I like @GhostofCain's explanation that it is a Spanish April fool, someone having a good natured laugh is better than some prick trying to trick people

How about an "Attick Demons" song to finish the spoof off?

Is this one about @Forostar going on vacation?

why is this using the ugly cut logo lol

...and here I sit thinking Maiden appraised my memes by awarding me with Wanker Of The Week.

I'm always puzzled by song times. I undestand they had to be put for persuasinevess sake, but do people really fantasize about this? I get album covers, name of the album, title track, songs names etc. But time? Like "OMG, imagine Harris alone writes a song running at 12:04!!!" People do that, don't they?

Also, I have no idea why I always thought Foro was from France.

I’ll be honest, it’s a shame it’s a hoax because a lot of it is pretty damn cool looking. It’s also a unique color pallete for the band to use artwork-wise. And it’s not like the art couldn’t work; they’ve used comic and fantasy artists before so this doesn’t look a million miles away from that.

"We're hanging a full-sized boat from the lighting rig." -Bruce

Mosh said:
I changed the thread name so people don’t get their hopes up
Click to expand...