Throughout the many years that man has walked the earth, there have always been things that seemed out of his reach. What happens when we die? Who killed the Black Dahlia? Are ghosts real? Lots of people have attempted to solve questions like this, and many have gotten quite close to the answers, but thanks to many outside factors, such as false evidence, lies, and simply, lack of evidence, there’s enough going on to say that we'll never know outright what the answer is.

But this is MaidenFans, and we'll try damn hard to get somewhere at least. Welcome to the Mysteries & the Supernatural thread, where no topic is off-limits and discussion can rein supreme. From the Bermuda Triangle to the assassination of JFK, this is the place for all those weird questions about them that you could never find the answer to.

Are we going to tell each other spooky stories around the fire here?

I have answers to your questions Diesel.

What do you think about aliens?

Number 6 said:
What do you think about aliens?
Click to expand...

Aliens created humans. I saw it in Prometheus.
#Facts

Anyone ever seen a ghost? My mum and dad were convinced there was something living in the flat we used to live in, but I was only two so I don't remember any of it.

Edington said:
My mum and dad were convinced there was something living in the flat we used to live in, but I was only two so I don't remember any of it.
Click to expand...

It was you who lived in the apartment with them, you were the ghost, you are a ghost

Staff member
I'm really tempted to move this over to the Madness section.

I was passingly interested in woo stuff at one time, then took prozac, and oddly enough, found I didn't believe a shred of it any more.

Edington said:
Anyone ever seen a ghost? My mum and dad were convinced there was something living in the flat we used to live in, but I was only two so I don't remember any of it.
Click to expand...

Number 6 said:
What do you think about aliens?
Click to expand...

The fact that we live on this planet is crazy, and the idea that we’re the only ones in the universe is the vainest thing humans have ever come up with. I dunno how the aliens look, but I wouldn’t surprised if there were some out there.

I witnessed a strange phenomena when I was in my very old house in Mountain. Pretty isolated. A strange light creeping on the wall in the night followed by a strange sensation of could and something trying to enter by head and thoughts. It's difficult to explicate but it was a pretty weird sensation and I was pretty scared the first time. The second time I understood the thing didn't want to hurt me or something and I stayed calm. I felt that sensation again but never saw the light again. I don't know what it was..Maybe a strange electro/magnetic phenomena

There's not much to tell, basically it was just a feeling that something or someone was in there. You had to cross the living room to get to the bathroom from their bedroom, Mum never liked doing that because she was so sure of a presence. My Dad's got the gift, he always says he can feel it if somewhere's haunted.

We had a weird experience in this house though. I remember Dad telling me that he would sometimes see an animal run past him out of the corner of his eye whenever he opened the back door, like a small dog, but it obviously wasn't our dog. I never saw anything, as time went on I forgot about it. Anyway, flash forward a few years, we now have chickens and they lived in a coop at the end of the garden. I was walking back to the house after closing the coop up for the night when I saw something run from the back door, past me and into some bushes to my right. It was so quick I didn't get a proper look at it, but it was so clear that I never thought it was anything other than one of our cats, or at least a neighbour's cat. I went inside and found both our cats were sparko on the sofa. My parents and sister were in the lounge, so I told them what I'd seen and said - half joking - to my dad that it might've been the ghost dog he used to see... only for my sister to say that she had seen it as well.

I don't know that it was definitely a ghost that I saw, but the fact that they'd both seen this thing and never said anything to each other freaked me right out.

Diesel 11 said:
we'll never know outright what the answer is.
But this is MaidenFans, and we'll try damn hard to get somewhere at least.
Click to expand...

OK then:
Where is Cried? 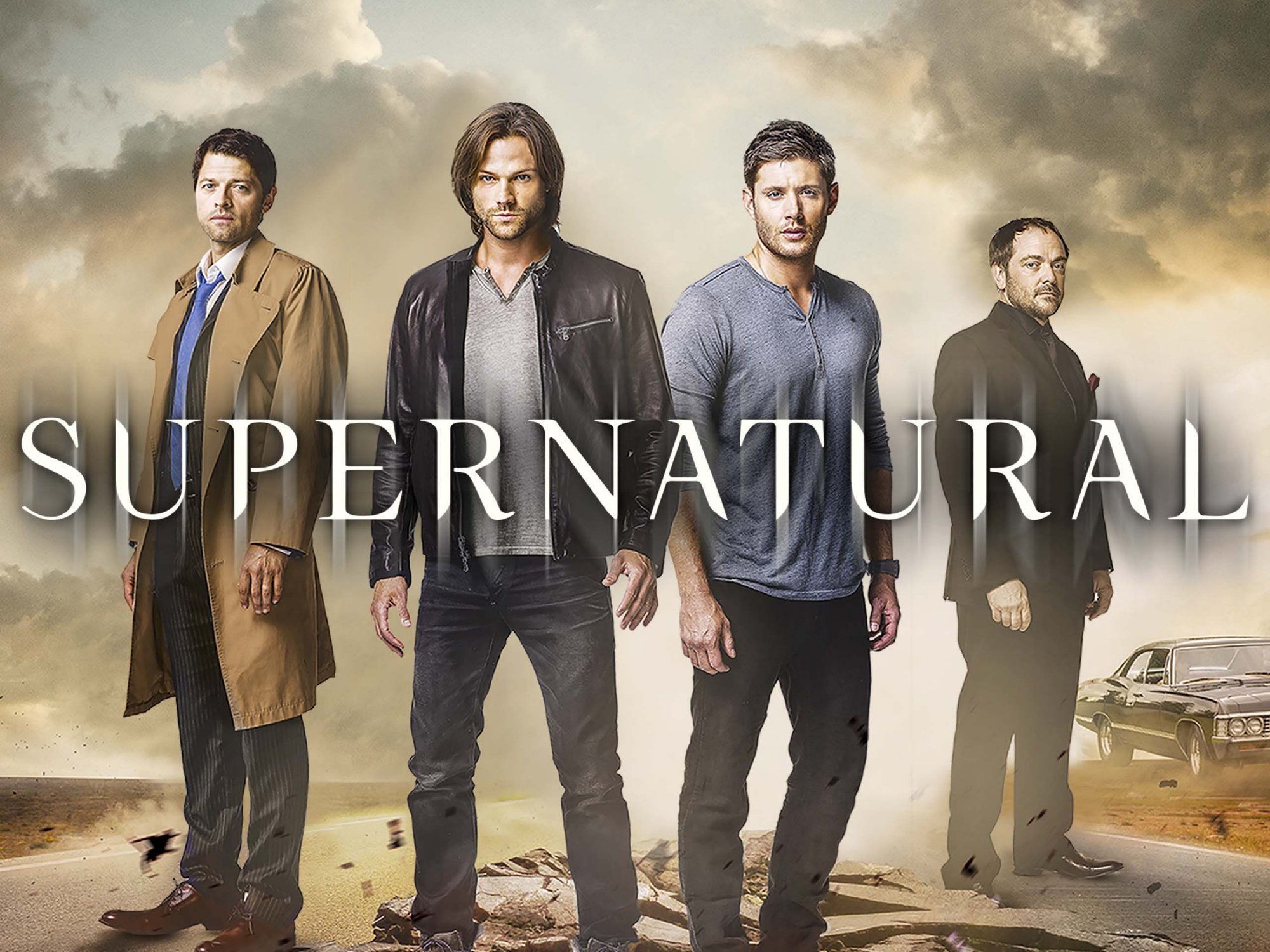 Magnus said:
OK then:
Where is Cried?
Click to expand...

This is what this thread is for. Only the hardest supernatural and mystery questions.

This thread is a conspiracy meant to distract us from Cried's use of alt accounts.

I think I only saw something like this once. When I was about 9, my grandmother lived in an apartment building downtown, and one night me and my cousin, I think 15 at the time (she's always been able to sense this kind of thing, including seeing a little girl at the bottom of the stairs in her house when she was about 7) were alone there. Grandma was at the supermarket, IIRC, and me and my cousin were in the kitchen finishing dinner. We were just talking, goofing around, and suddenly she stopped and started staring at the door behind me which led to the living room. She said she saw a man standing there, a tall man wearing a suit and a hat, and who had his face burned. I thought she was just trying to scare me (she did that sometimes), but then I turned around and saw the same thing. It wasn't very clear because the living room was dark, but I still remember the shape of whatever it was.

Needless to say we ran to the bedroom and locked ourselves in there until our grandmother came home.

On another note, we had some very creepy shit happen here in town. In the 60s, a mysterious blonde woman in a wedding dress was found dead by the side of the road. No one knew what happened to her, no family or relatives showed up looking for her, no one even knew who she was. She was buried at the local graveyard as simply Jane Doe. Basically the entire town was present and brought her flowers and everything. True story so far, there are newspaper scans all across the internet, and I myself visited her grave. It's still there, without a name, and no one ever found out what happened to that woman.

As if this wasn't freaky enough, many sightings of a woman in a white dress on the same road where she was found were reported, including one from one of my friend's parents. Her mother was driving back to the city at night and saw "something white" cross the road right in front of her car. She thought she was hallucinating, as she was tired and it was dark, but then her husband, sitting beside her, goes: "did you see that?"

She never took that part of the road again.

Another story is about an old, now deactivated sewing factory which allegedly had an underground tunnel that's said to have been used to cross town in total secrecy. There is indeed a tunnel, this is known because part of it is still open for visitation, but most of it is blocked somehow, as if in an attempt to hide it. Nothing has ever been said about it.

But, of course, people talk, and rumors about the tunnel spread. It is said that pregnant nuns from the convent would frequently go down there for abortions, and, naturally, many of them ended up dying. To this day it's said that if you walk by the factory at night you'll hear babies crying and the nuns mourning.

I used to believe in ghosts very strongly when I was little bit not really so much anymore. The only ghostly experience I've ever had was when I was maybe 10 years old. I heard someone rustling around in my younger brothers room before walking out on to the landing and into another room. It definitely wasn't my brother because my door was open, and i didn't think it was the pipes because it sounded different and you could hear the rustling on the carpet. Looking back it easily could have just been the pipes but it was pretty scary at the time

My family also went away to Ireland last summer and I stayed home. The living room light switched on by itself during the night, the pantry door opened and I kept hearing rustling every night. I dont know how to explain that
You must log in or register to reply here.
Share:
Facebook Twitter Reddit Pinterest Tumblr WhatsApp Email Share Link
Top