Billboard.com is reporting that discussions are under way for a MÖTLEY CRÜE reunion tour featuring all four original band members — Nikki Sixx, Tommy Lee, Vince Neil and Mick Mars. "We're not there yet; we're at the 20 yard line," says a source "close to the situation."

If it happens, the reunion will include several new songs from the band to be released in "unconventional ways," along with a full-blown tour in the first quarter of 2005. The band hasn't toured with all four original members since 1999.

Motley Crue played their "final concert" last night. They (supposedly) have a contract that prevents anything but the original lineup ever playing as "Motley Crue" again. Mick Mars will probably retire due to his back problems, so this "retirement" may actually stick.

Tommy's roller coaster malfunctioned during the show: http://www.blabbermouth.net/news/to...ions-during-motley-crues-final-concert-video/ It sucks to end the tour with that happening.

Once a joke (band), always a joke! 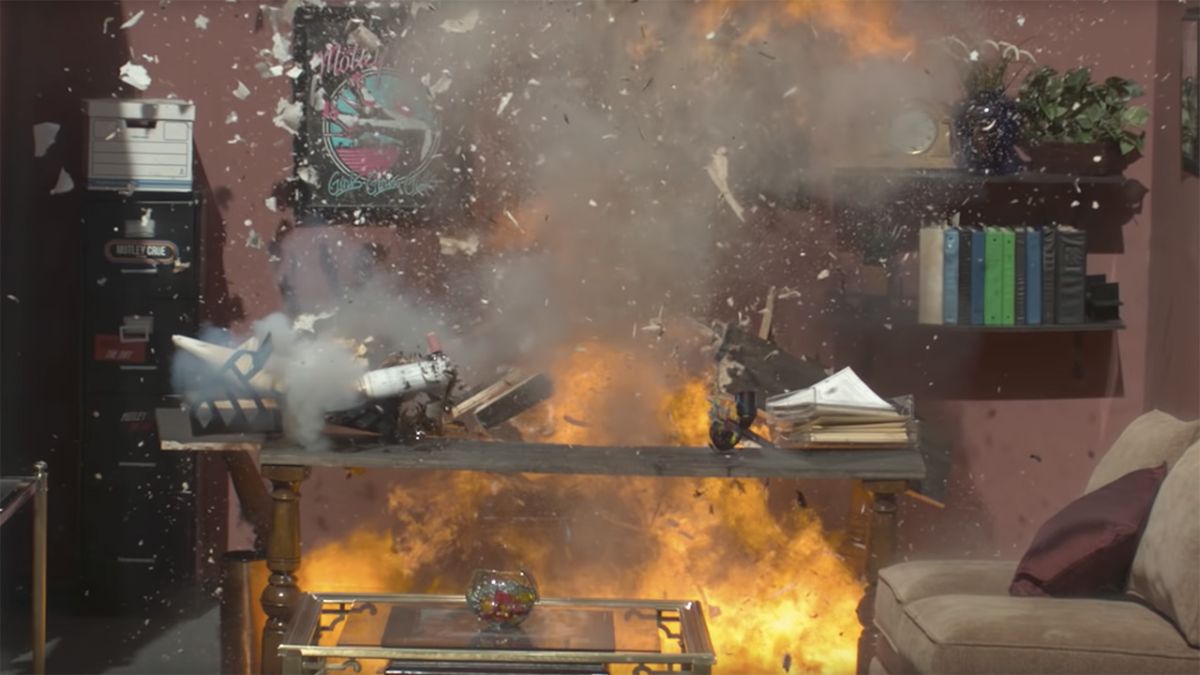 Be a good night out though

Niall Kielt said:
Be a good night out though
Click to expand...

I have never liked them, so not for me!

GhostofCain said:
I have never liked them, so not for me!
Click to expand...

Out of those three bands, Def Leppard is by far the best and will blow the other bands off the stage. Never liked Poison or Motley Crue. 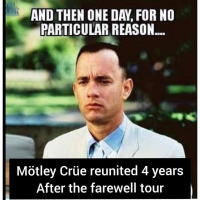 Former SKID ROW and SAIGON KICK drummer Phil Varone has slammed MÖTLEY CRÜE's "so-called fans" who have expressed their anger over the band's decision to reunite. CRÜE fans who shelled out for the ...

This guy is spot on here.

Whatever you think about the Crue (I think they're alright, I have all the albums up to Dr Feelgood), the idea that "fans" of any band would moan about that band coming out of retirement is ridiculous.

Former SKID ROW and SAIGON KICK drummer Phil Varone has slammed MÖTLEY CRÜE's "so-called fans" who have expressed their anger over the band's decision to reunite. CRÜE fans who shelled out for the ...

This guy is spot on here.

Whatever you think about the Crue (I think they're alright, I have all the albums up to Dr Feelgood), the idea that "fans" of any band would moan about that band coming out of retirement is ridiculous.
Click to expand...

Yeah .. if you are not happy with it, just don't go. I'm not going, but really do not care one way or another, I liked their first few albums, but pretty much everything they have done after Dr. Feelgood has been generally crap outside of a stray song here or there and Vince just sounds like crap

I think it's a bit of a predictable and tasteless move, but I'm not going so not super concerned. I saw Crue three times in the past decade and every show was worse than the previous one, especially in regards to Vince mumbling and half-assing the vocals. That said, if you're someone who shelled out tons of money to travel to one of Crue's last concerts ever thinking it would be meaningful, and then they do this, I do understand being upset about that. Imagine buying a limited edition thing that you're promised is a one time run, and you spend a bunch of money, and then the item gets another pressing that not only devalues what you spent, but now you could've bought it much cheaper to begin with. There's a valid argument on both sides.

What makes it worse was the big deal they (mainly Nikki) made about the last tour really being the last tour, bashing bands that came back after a farewell tour, and that "contract" they signed. They went above and beyond the usual "we want to go out on top" lines .. then come back for a "we need/want more money" tour.

Vince is just horrible, he was not a great singer to start with live .. age and being out of shape have not helped at all.

Anyway, I can see why people are pissed and call them out. But ... I'll vote with my dollars and will not be spending a dime on them

Motley have always been about total bullshit though.

My ex-wife super fucking loved Motley Crue, and while I'd heard them over the years, i never really "listened" to them as such. So then I did, and found out that they pretty much extracted all their best (and worst) riffs from older Motorhead albums. So much so that one day my ex-wife gets in the car when I have Bomber playing, and she goes "oh wow is that Crue?" because Lemmy wasn't singing yet.

Staff member
The fact that this thread was opened 15 years ago and is still pretty much the same conversation tells me everything I need to know.