Diesel 11 said:
Some people on this forum should be struck by lightning, at least twice.
Click to expand...

Wogmidget said:
"TXF is better than BNW"
Click to expand...

You . . . have heard the production on TXF, right?

And that's before we get to the interminable quasi-moody intros

Wogmidget said:
You . . . have heard the production on TXF, right?
Click to expand...

Wogmidget said:
And that's before we get to the interminable quasi-moody intros
Click to expand...

Anyway, what have you got against BNW?

Wogmidget said:
Anyway, what have you got against BNW?
Click to expand...

Nothing, really. There are just 9 other Maiden albums I like better than it.

Brave New World is an awesome album. The X Factor is just a bit better. And as to the production, I won't say it's the work of a genius but it fits the album, it really does. That's the important thing. The only album where the production doesn't fit is Dance of Death.

Understatement of the century right there - the lo-fi production completely strangles Sign of the Cross, especially when compared to RiR

^ Janick and Dave sound like they're playing on the clean channel for the entire song, no grit at all. The shift between the clean intro and the verse is really jarring. The build up on the RiR version is far more effective.

As for Lightning Strikes Twice... in a word - "awkward".

While not a bad song, here are a lot of really odd moments in it, certain parts just seem to start and stop without warning and don't really flow the way they should. The lead guitar melodies in the intro and after the solos are particular offenders, the way they just stop so suddenly makes them sound a bit cut-and-pasted. The title drop is pretty bad, the melody works well on the guitar but just doesn't work for the vocals, Blaze is clearly struggling with that line. Great solo from Dave, the solos continue to be the saving grace on this album.

Wogmidget said:
Understatement of the century right there - the lo-fi production completely strangles Sign of the Cross, especially when compared to RiR
Click to expand...

But the production also brings out the desperation of the song, and Nicko’s drumbeats sound absolutely massive. I like both.

I finally figured out why the chorus on this song sounds so familiar -- the vocal melody is the same as the guitar melody from the intro of Guns 'n Roses' "Welcome To The Jungle".

Wogmidget said:
Understatement of the century right there - the lo-fi production completely strangles Sign of the Cross, especially when compared to RiR
Click to expand...

And here I feel the complete opposite. I despise the terribly compressed/distorted rhythm guitars on that album.

Nothing in this song is particularly interesting apart from the melodic intro, but It's so disjointed and I hate the chorus, and I also have mixed feelings about the vocals, it really loses it after the intro and turns from potentially okay to mediocre filler once the heavy verse kicks in and from mediocre to bad with that chorus.

Stays at 3 points for a nice intro, decent solos and Blaze's first note at the last chorus

The lyrics are kind of boring and mediocre, but the solo is awesome

Cool melodic intro but the rest is kinda forgettable. 7

A cool, quiet, melodic opening leads to some nice quiet vocals from Blaze before erupting into a powerhouse. "Lightning Strikes Twice" perfectly captures the feel of a growing storm before it explodes, with a great performance from Blaze, a nice instrumental section, and really vivid lyrics. Pretty great song. 8

"The only thing I would change, really, is when we did 'Lightning Strikes Twice' [from 'Virtual XI'], we didn't rehearse it too much before recording it.
"Then, when I performed it live, I found I hadn't left room to breathe, so it was difficult. In my setlist now, I asked the fans to help sing 'Lightning Strikes Twice.'
Click to expand... 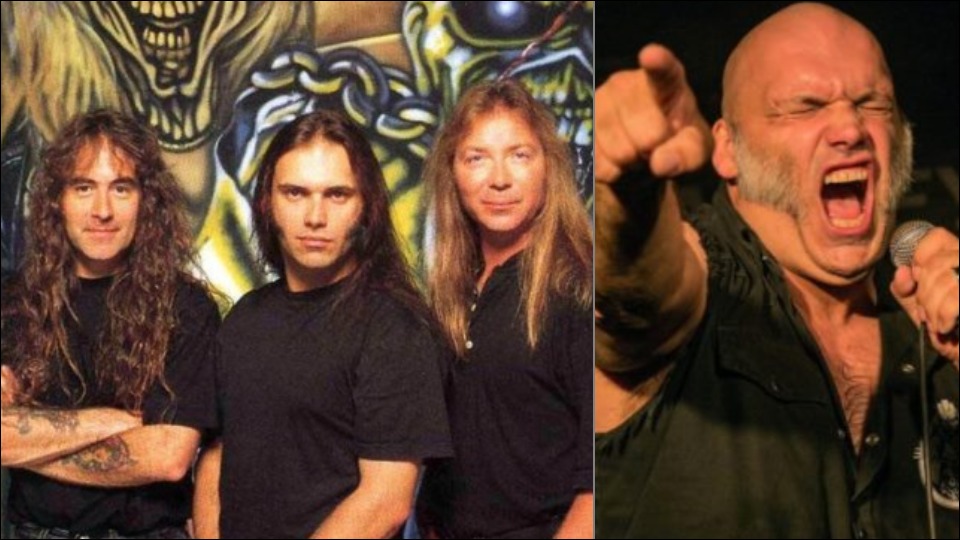 Blaze Bayley Names the 1 Thing He Would Change About His Time in Iron Maiden, Talks Hate From Hardcore Fans

'It was very difficult for some people to accept me as the new singer.'

This song has an awesome intro. The riff is pure rock 'n' roll (which is great). The verses are ok, the chorus is 50/50 (they should have done backing vocals for the ''strikes twice'' part). Both solos are very good and the twin-lead guitar harmony after them is groovy. Great end to the song. 7/10

The lyrics of this song seem to be the thoughts
someone who has perceived an impending storm. Unlike them
other people, who are described as seeking refuge from
the storm, the protagonist feels very familiar waiting for her. The thoughts
"swirl" in his head as if in coordination with the storm,
like a parallel storm preparing to erupt in his mind. Here,
as in other Maiden songs (see "Rime Of The Ancient Mariner",
"Rainmaker"), water (the storm) acquires a laxative role. The leading actor
expects from his spiritual "storm" to wash away what he
ponder, help him in finding the answers that
looking for.
The title of the song is inspired by the English proverb
"Lightning never strikes the same place twice" ("lightning never strikes the
same place twice »), which carries the hopeful meaning that hardly two
great misfortunes will follow one another in a person's life.
Of course, the scientific basis of the assumption on which it is based
this proverb is incorrect, since the discharges of electricity between one
charged cloud and a point on the earth's surface are called
lightning and not lightning (which are discharges of electricity between
two oppositely charged clouds). Also, lightning during a
storm not only can, but tend to hit the same spot many
times. The point at which they strike is the highest from the ground. For
For example, the Empire State Building in New York receives an average of 100
lightning year round.
According to Harris, the lyrics carry a hopeful message, which
could be summed up in the phrase "never say never".
You must log in or register to reply here.
Share:
Facebook Twitter Reddit Pinterest Tumblr WhatsApp Email Share Link
Top