^Not as strange as the influence a little boy from Silistra came to have on the history of Europe, and some of its literature (the Matter of Britain or the Nibelungenlied for example) of course, but still.

Perun said:
Venus is the Roman goddess, Aphrodite the Greek one; both were identified with each other by both peoples and starting with the mid-Republican era, they were both depicted the same way, I.e. as a young, usually nude woman. She was the goddess of love, erotic desire, sensibility, beauty, kindness and all that. The differences are slight: To the Romans, she was the mother of Aeneas, and thus ancestor of the Roman people, while to the Greeks she is the daughter of Zeus, born from the sea foam on Cyprus. Venus has the dolphin as a common attribute, while it is rare with Aphrodite, who is often depicted with sea shells, doves, turtles, swans, etc.
What does the statue in your story look like?
Click to expand...

Hey Perun, great explanation.
Just to note that Aphrodite daughter of Zeus and Aphrodite from the sea foam are probably not the same. The daughter of Zeus is the popular one who was worshipped in Corinth and elsewhere in the temples which were also offering sacred prostitution to the people.

The other one was born from Uranus genitals when Cronus severed them and threw them in the sea, so she's kind of Zeus aunt. The first one, Plato call her Pandemos (belonging to all, I'm reading a prostitution reference here as well) the other one Ourania (from Uranus). Ourania can also mean "divine" from the Heaven -I'm also reading "pure"*

*In my opinion, to better understand the Ancient Greek tradition one must look at the current Indian religion. Take for example Shiva, Vishnu & Brahma; they are different avatars of the same deity with Shiva being by far the most popular while Brahma barely has any temples. Something similar could apply for Aphrodite: Pandemos would be the equivalent of Shiva, worshipped by many whereas Ourania by some elite priests.

Regarding Ancient Greek religion, Hesiod > Homer imo, so in my mind Aphrodite was always Zeus aunt not daughter.

PS: I wasn't aware for the Aphrodite Venus-dolphin connection. In ancient Greece, dolphin is strongly associated with Dionysus; actually the name Delphi comes from the story where Dionysus rode a dolphin to reach there. The word brother (adelphos) is from same origin.
Delphi site was dedicated to Gaia first, then Dionysus and only in later years to Apollo, when Dorians took over. Dionysus is another example where one name could represent more than one entity (for Dionysus, probably as many as three).

**EDIT: In Homeric version (Iliad -Pandemos) she is also the mother of Aeneas, no difference there with the Roman version. It's impressive to see that Italians as recent as Middle Ages (Dante) were openly claiming lineage from Trojans /Aeneas. And I've always thought there's a similarity between the word "Trojan" & "Etruscan" but I haven't seen any connection in the bibliography.

***Speaking of Iliad, I believe the first time we've ever seen the name Alexander in written, is there; Alexander was the second name of Paris and many times (if not the most) Homer just mention him "Alexander" instead of Paris.
Last edited: Nov 21, 2021

Saapanael said:
The statue doesn’t have a very specific appearance yet, except that it’s white and 2-2.5 metres in height. There should be a moment in the story where the statue falls over, breaks and shoots a cloud of dust into the air, but looking at the material that Greek and Roman statues were made of, I doubt that they would actually burst out dust when broken.
Click to expand...

Don't forget that those statues would have been painted, as well, unless it's post de-colourization.

Going on an 80 kilometer walk tomorrow.

Thank you! The terrain is forest roads and highways and I’m packing a light backpack so about 25 kg of extra weight in total.

Staff member
A few hours ago I started shivering and thought, "damn anxiety hitting me again". Cause sometimes when I feel bad, I just start getting colder and colder, even in the summer. Or at least that's how it feels. And at the same time I also spoke to some other person about that person's panic attacks and talking about panic attacks, seeing panic attacks and anything related to panic attacks gives me anxiety. So I figured it'll just pass but it wasn't passing at all.

Staff member
Might just be my sick mind again, but had a good chuckle over this. Spoiler because it might be a bit NSFW:


Talking with an American co-worker and she's like:
"OK you can e-mail this guy #1 from this company and I'll contact guy #2 from the same company.
We can do this for these 2 companies as well, so like... double penetration"

I think you need a proper massage, brate NP.

And an egg on top would do miracles, or so I've heard.

Also for weldings we use the term
penetration.
Never chuckled or joked over it, or any of the welders I know…

Staff member
Liberals are taking the German education and research ministry. As a researcher in humanities I might as well look for a nice spot under a bridge now.

We ended today with sunrise, so it took about 24 hours. The walk was cut shorter as many became unable to continue. I walked a total of 60 km when the end was called. I estimated I would’ve managed 80 but probably no more than that (the actual route ended up being around 100 km). And with the walk and previous trials behind me, as of today I am a junior seargant. 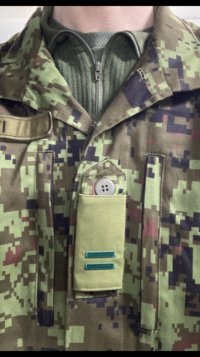