Aces High 68 said:
I agree with you, Speed of Light single and TBOS album are a little too minimalistic perhaps deserved something more.
Click to expand...

''Speed Of Light'' single is basically without a cover!

Of course they deserved more. To be honest, the minimalistic approach for TBOS (and Senjutsu) cover works great because Eddie is amazing, but it was not needed (especially with an artist like Mark Wilkinson and the tradition of Maiden). I just didn't expect 2 dark and without background album covers in a row (and add to that the 2 live album covers in between - lazy). At least we have the additional artworks (for both albums) in the booklets. 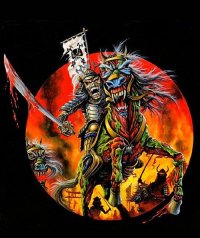 The TFF horse is a nice detail. I like this artwork. The back, Samurai Eddie with two swords is great too (he has long hair!).

Edit: btw, TFF and Senjutsu albums have some things in common:

Yes it's a good artwork especially as you say in detail. The back is also not bad but,simpler. Have a great day.

Rating all artworks of Maiden (except the album covers, because I've already done that):

Live After Death -> timeless artwork and a perfect continuation of the Powerslave cover.
A Real Live One -> the artwork is really fitting for the title and is great. Eddie is on the stage! I like his face and (in contrast to the cover above) the background is red (a trademark for this era).
A Real Dead One -> Eddie as a radio host! This is just an awesome idea and cover.
Live At Donington ('98 cover) -> bat Eddie? This goes so well with the album cover. Perfect idea.
Rock In Rio -> I like it, it's authentic, but Eddie's mouth (and hands) could have been shown above the stage. I would have made him with a full body approaching from the sky/clouds (and a city in the sky) with thunder in one hand... something like that.
BBC Archives -> nice artwork, especially for the title of the live album.
Beast Over Hammersmith -> nice colours, but this is the 1982 tour poster in a small window. It should have been something different (RIR cover is a good fit for it).
Death On The Road -> now that's a great cover and Eddie. I personally would have made the background a dark forest.
Flight 666 -> it fits the movie aspect of the release, but where's Eddie? Derek's cover with Eddie above the plane is a good fit.
En Vivo! -> a wasted opportunity. Although very good, the cover is still a lazy copy of the RIR one. This cover should have been TFF Eddie piloting his space ship (view from inside).
Maiden England '88 (2013 cover) -> Trooper revisited, but it's a great artwork. It kind of fits the title. The army and the horse are great details.
The Book Of Souls: Live Chapter -> a reused tour poster (again)! This should have been Eddie in front of (or inside) a Mayan pyramid in the jungle! Eddie and the background are great though.
Nights Of The Dead -> a reused tour poster (x3)! It's not bad, but the original one is much better. Eddie should have been with a hat. The cover is cool for a live album though.

Best Of The Beast -> great idea and great artwork. SSOASS Eddie should also have been added though.
Ed Hunter -> POM Eddie lives on! I like this green Eddie, but the background could have been better (a dungeon or a better made maze). Decent cover.
Best Of The 'B' Sides -> I'm not a fan of this artwork. A close-up of Eddie's face would have been a better cover.
Edward The Great -> the drawing could have been better, but I like the look of Eddie a lot. Only two wolves/dogs would have been enough.
Somwhere Back In Time - The Best Of: 1980-1989 -> lazy cover, wasted opportunity.
From Fear To Eternity: The Best Of: 1990-2010 -> great idea and Eddie. The details of every album cover are well done. The cover above should have had the same idea.

The Soundhouse Tapes -> no Eddie, but for this cover it is allowed. I can't add more.
Maiden Japan -> cool cover & Eddie, the ''vibe'' from it is great. The spotlights are a fitting background.
No More Lies -> interesting alternative vestion of the DOD album cover - the floor and only Eddie. I like it, it's nice and colorful. It could have been the actual album cover.

The First Ten Years -> it's like a football team emblem. Cool.
Eddie's Archive -> Eddie's head and the engraved figures and symbols are really fitting for this box. It's mystical and looks ancient.

Live At Rainbow -> Eddie attacks from the stage with a guitar - curious idea for the ''wild'' early days of the band. The red & green spotlights are great.
12 Wasted Years -> not a good cover.
Raising Hell -> it should have been something different, it's basically FOTD live single artwork. I personally would have made all of the band members on stage or Eddie rising from the depths of hell.
Visions Of The Beast -> Eddie is sneaky and the background should have been a mirror. Then it would have been awesome.
The History Of Iron Maiden - Part 1: The Early Days -> it should have been a drawing (not CGI), but this cover is great. Eddie, tour posters in a room and alley. 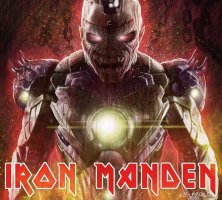 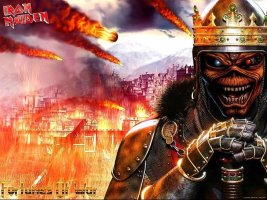 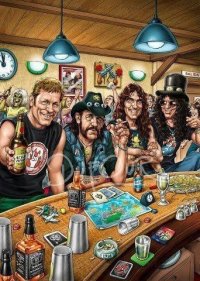 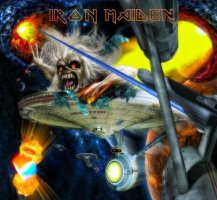 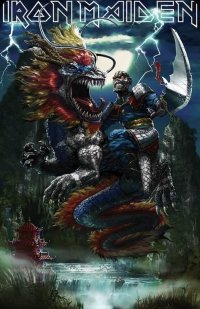 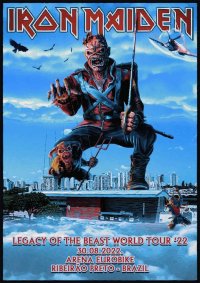 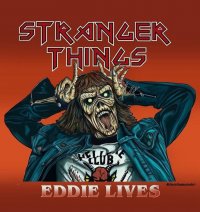 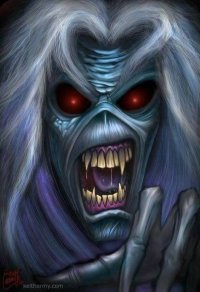 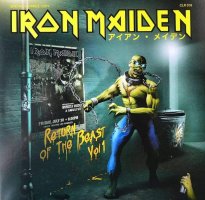 Yeah, but it's not mine.

I thought about something:

The original title of Senjutsu was ''The Great Wall'', imagine the album cover with Samurai Eddie on top of a wall with a castle, army, mountains and grasslands as a background... Epic! The details would have been awesome. Maybe they will use this idea for the backdrop of the title track next year.

Btw, if they had used the original title it would have been the 3rd Maiden to have two songs containing the same word in one album (after FOTD and TXF albums with the words ''fear'' and ''edge'').

I love Senjutsu as title, something new and fresh. I am fed up of all these "death, dead or beast" titles everywhere.

gazda said:
I love Senjutsu as title, something new and fresh. I am fed up of all these "death, dead or beast" titles everywhere.
Click to expand...

It's something new, fresh, memorable and bold, I'd say. Which of the old classic bands will do this or have an album title in a foreign language? Other than ''The Great Wall'', I think a title like ''Invincible'' or ''Immortal'' or something like this (considering the album cover) would have been appropriate.

-> btw, Eddie could have been with a spear (instead of a knife) since this is a traditional samurai weapon along with the bow and sword, ofc.

I agree with your second comment... DOD, AMOLAD (two albums in a row! ''The Legacy'' would have been great and a better album title imo), LAD, ARDO, DOTR, NOTD...

Kalata said:
Other than ''The Great Wall'', I think a title like ''Invincible'' or ''Immortal'' or something like this (considering the album cover) would have been appropriate.
Click to expand...