Regarding two albums mash... Imo, they don't have much time - pun intended - as a touring band, plus Covid situation-plans ruination... They merged two albums to catch up with time (Oh, time and time again!)
I hope The Future Past tour is not the last of theirs.
Last edited: Oct 6, 2022

You know they wont
D

GhostofCain said:
Exciting news (all going well I will see them live again at the O2), but can't help but feel they are really turning into the cabaret act they always claimed not to be.
Click to expand...

You are a cynic aren't you

what would you rather see next year?
T

GhostofCain said:
So do many other bands who do cabaret tours...
Click to expand...

What's cabaret about playing five new songs and a bunch of under or never played before cuts from the past? It's quite inspired if you ask me. 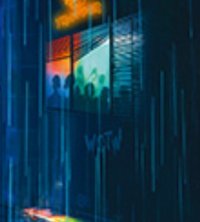 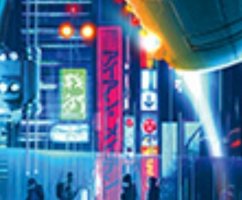 mepatrik1 said:
A wild guess, but what if "Samurai 5" and "Cyborgs 5" mean that they are going to play 5 songs from Senjutsu and 5 from SIT?
You can see this on the tour poster and in the tour ad video.
Click to expand...

Saw this too, 5 from each and a few of the staple classics.
WOTW on the wall, Trooper beer sign,
We're going to need a dedicated thread for setlist predictions I think.

Totty668 said:
What's cabaret about playing five new songs and a bunch of under or never played before cuts from the past? It's quite inspired if you ask me.
Click to expand...

Promoting a new album tour with the nostalgia associated with something released 36 years ago?

I guess we'll have to agree to disagree.

If people are right about the "Cyborgs 5 Samurai 5" sign in the promo meaning 5 songs from each album then I can believe it. I can't see what else the 5th song from SiT would be, apart from maybe Sea of Madness, but I find that harder to believe than AtG.
The 5 songs from Senjutsu would probably be:

5 from each would be a dream

dmort93 said:
You are a cynic aren't you

what would you rather see next year?
Click to expand...

Senjutsu played in its entirety.

Will they dust off the Gallien Krueger Amps for this

mepatrik1 said:
A wild guess, but what if "Samurai 5" and "Cyborgs 5" mean that they are going to play 5 songs from Senjutsu and 5 from SIT?
Click to expand...

They seem to be hinting at that. 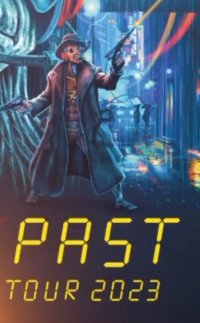 I know this propably refers to Stranger in a Strange Land, but if...

GhostofCain said:
Promoting a new album tour with the nostalgia associated with something released 36 years ago?

I guess we'll have to agree to disagree.
Click to expand...

Somewhere in Time is the most underrated and overlooked of their 80s albums. If they were combining it with a 40 year anniversary tour of PoM, or the rerelease of Beast over Hammersmith and a NotB themed tour then I could believe it.
I don't think the mere act of revisiting an older album makes a band a cabaret act.
A cabaret act (and the sort of band they have always said they don't want to be) is one that is content to rest on the laurels of past glories and, whilst recording new material, never revisit it in subsequent tours.
The most obvious example of this sort of band is AC/DC. Their setlist hasn't changed since 1981. It's always the same classics + songs from whatever the new album is. Thunderstruck is the only post 1981 song that has made it into the regular setlist.
Maiden are not like that. They regularly play material from their least commerically and critically successful period (the Blaze era), as well as post 2000 material.

The band has a very rich history with a ton of amazing songs, so it would be mad not to revist that from time to time.
They also aren't repeating anything they've done recently. If they were wheeling out Powerslave *again* or something like that, then the "cabaret" accusation would be believable.

From SIT, I'd say WY, SIASL and HCW are there for sure. I'm also pretty sure about Alex. The 5th song? I'd say Sea Of Madness or Deja Vu.

TWOTW, DOFP and Hell On Earth probably. Then, I'd say The Time Machine and The Parchement.