The Reincarnation Of Benjamin Breeg 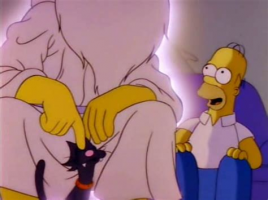 For The Greater Good Of God

Is this on hold or will it go to form soon?

It depends on the players. I still remember the song I had picked.

Here is a new clue :

Clue #4 : Not being narrow-minded is mandatory.

The Man Who Would Be King

Clue #4 : Not being narrow-minded is mandatory.
Clue #5 : The very first words of the song are the same as the title of an old, May-penned, Queen single

Incorrect guesses: Aces High/ Rime of the Ancient Mariner/ The Reincarnation of Benjamin Breeg/ The Man Who Would Be King/ El Dorado/ Holy Smoke

Clue #1 : in media res < a Latin locution meaning "in the middle of things". Indeed, this song starts without any intro.

Clue #2 : don't try this at university < frankly, the long pause has made me forget what this clue was really about. It might have to do with the following verse but I'm not sure at all:
"In a world of confusion
People never say what they mean
If you want a straight answer
Go look for one, right now"

It could also be about some film. I'd like to say Ghostbusters (Venkman's experiments?) but once again, it's been a long time.
Clue #3 :

< at the end of this vision, God tells Homer he has to go and make an apparition in a glass of rum, in the West Indies. (in "Homer the Heretic", season 4, episode 3)

Clue #5 : The very first words of the song are the same as the title of an old, May-penned, Queen single < you have recognized "Now I'm Here" from Sheer Heart Attack (1974), and released as a single in 1975.

Clue 1: Malmsteen had one less

The Number Of The Beast

Woe to you oh Jer and see: not the song for you and me.

Flash of the Blade
J