Logged in just to give that a thumbs up before I got distracted by Loch Ness.

srfc said:
I like Angel of Retribution but Loch Ness is hilariously bad and nearly ruins the entire album.
Click to expand... 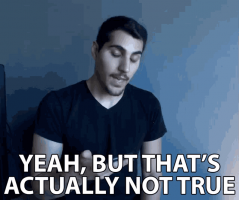 page could not be found

Forostar said:
I can't even paste a f**kin' gif.
Click to expand...

It showed up already.

Yup... you're right. But try to repeat it that number of times and I bet you it becomes the most unmistakable truth.

I like Loch Ness. The theme and lyrics are shit, but the riffage is meaty as hell and the vocals are cool too.

Regarding Resurrection, I always considered it the best Priest record never made. Night Fall. Pure Screaming For Vengeance. There are a couple of filler tracks (Twist and Drive), no denying, but as a whole I'd rate it higher than a good portion of Priest albums. Silent Screams is amazing, always positively loved that track.

Me too. No monsters indeed, and some fighter jets above all the time as far as I remember, and apparently someone liked it enough too to drop this near the water: 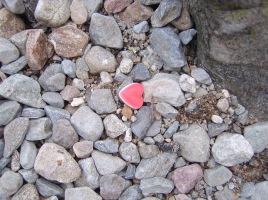 Oh wait, is it the JP song you're talking about?

Staff member
Doesn't look like there'll be much difference in this one, so I'll vote as follows:
Halford, Pantera, Helloween, Symphony X.

karljant said:
11 tracks would be perfect IMO:
(Flame Thrower and Sea Of Red aren't bad songs but add nothing to the album IMO)
Click to expand...

''Sea Of Red'' is one of the best songs in the album IMO. Fantastic semi-ballad epic to end the album.

Firepower album is perfect as it is.

Listening to the album now, and the drop in quality when Twist comes on is really noticeable.

Do add the Japanese tracks. \m/

Soooo... the only passionate defence I've seen was of Pantera and I admit that the album makes me care about the band more. I can imagine putting on CFH on a much more regular basis than Tool - I agree that the latter is a spectacular band, but a much more specific one and in my book, "specific" can always more easily slip into "annoying", especially during prolonged periods of exposure. Also, compared to Pantera's vulgar display of (physical) power, Tool also display their brain power in a very conspicuous way, but... it's a brain power of someone on the spectrum. Or maybe on a spectrum, but still, it is alienating and requires me to be in a specific mood, a specific state of mind. I'm not right now.

A lot of people here got into the Halford debate for contrast, but I just couldn't force myself to follow everything. Yeah, maybe overrated because of the time of the release, maybe something, etc. etc. In my book Resurrection is pretty much on the level of Redeemer or Firepower - a very good, professional record, that takes no risks and that is the most I can expect from anything Priesty as of late (remember - this is the band that did The Last Rose of Summer back in the 70s). Some people mentioned Roy Z - maybe that's also the good ingredient (though it doesn't hold the candle to those 2(-3) Bruce albums and I don't even particularly like Bruce), but even Firepower, were I not prejudiced against it because of the absurd amount of adoration it gets around here (and were I not afraid that it might actually win) would probably be my pick over Bathory here, because not only do I like Bathory much more in their latter period, but even in the earlier one there are more seminal albums (Under the Sign...) So a vote for Rob's gob.

Already said that I was gonna vote for Helloween, no contest here. Angel Dust is thousand times better than The Real Thing and begins a streak of the peak-FNM, with some of my favourite songs by them (Caffeine, the plodding, murderous riff of Smaller and Smaller, heck, even the 90's radio treat of Midlife Crisis), but there's only one Helloween's Walls of Jericho. I don't like much their latter stuff (probably one of the only things ever we'll ever agree upon with Magnus, I'd guess?) bar the Keepers (and even then...), Dark Ride and some lonely beacons of the Andi Deris era, but this here speed/power freak is a sight to behold. Such a great record and I really hope it keeps winning some more, so as to wash away the bad taste that the unceremonious elimination of BG's Tales left.

And again, like I said, give me Roth-era Scorpions, or even their career in the rest of the 70s (up until Magnetism, though Blackout is not half bad, I admit) - this here album has its moments, but doesn't do it for me, so I'm going with Symphony X as expected. If it was Taken by Force I would have to think on this much longer, but it's not so I don't.

JudasMyGuide said:
Tool also display their brain power in a very conspicuous way, but... .... and requires me to be in a specific mood, a specific state of mind. I'm not right now.
Click to expand...

Hmmm, I guess I feel the same. Tool is great but not always.

Like with Maiden. I can always put on Powerslave and enjoy it, but with The X Factor I need to be in the right (or maybe wrong mood) to enjoy it.

I only know them from the live album, I have Marillion on now, but I might put that live album on next

c'mon @matic22 , we need the nominator to vote for Angel Dust, especially with some suspicious votes for Helloween!

srfc said:
c'mon @matic22 , we need the nominator to vote for Angel Dust, especially with some suspicious votes for Helloween!

Hey those are all real people!

Ah I'm only having a laugh, hopefully they stick around to vote in later rounds too! It's good to see some new opinions aired

srfc said:
Ah I'm only having a laugh, hopefully they stick around to vote in later rounds too! It's good to see some new opinions aired
Click to expand...

For sure. We've been hitting somewhere around 30-31 in the past few matchups so I am hoping that sticks. Once there's more Iron Maiden in the game, that might drive additional interest, but really, the amount of voters has been astounding.

Resurrection is a good album and a strong return by Rob (best solo album from Halford imo) - the title track (brutal song), ''Made In Hell'', ''Night Fall'', ''Cyberworld'' (great opening riff, btw), and ''The One You Love To Hate'', of course. ''Temptation'' and ''Saviour'' are also good.