“Hey folks, quite busy these days. New album in the pipeline, the slave drivers in my record company have kept me talking for months, something like 400 interviews, where's Amnesty International when you REALLY need them?! Anyway, video's shot, most interviews done, and early March, we'll set off on the »Ghostlights« world tour. As you know, Madrid and Hamburg are sold out, also the second Madrid show is on its way. More dates like London, Moscow and Sao Paulo as well. Have I told you that you rock big time? And you know what? We have just been confirmed to headline Tuska Open Air in Finland… Which means there'll be a second show in Scandinavia this time. And there'll also be some more American dates to be announced soon! Check out the tour section at avantasia.net to get info and tickets… Anyway, as if that all wasn't enough we've been asked by our record label if we'd be willing to take part in the German preliminary round for the Eurovision Song Contest. My mother's gonna be proud. Or not. We'll see… Anyway, it seemed like a quite unusual idea to compete with anyone in music, to play music AGAINST someone… like in Jazz music! "Everyone against everyone," as my Avantasia pal Ronnie Atkins has put it (after watching a Free Jazz show in Bremen…) ;-) However: WHO AM I to get in the way of a great promotional opportunity?! Three minutes to show millions that something like us exists? GIMME THAT STAGE! B-)

So, in case you turn on your TV on the 25th of February and you virtually bump into bunch of people that look like AVANTASIA, that's maybe because it IS AVANTASIA! Ha!

Cheerz and talk to you soon, T“
Click to expand...

OT:
Edguy: Last album of theirs I've heard was Tinnitus Sanctus, wasn't anything special. Last good Edguy album (also my favorite) was Hellfire Club.
Avantasia: Didn't like The Mystery Of Time, didn't listen to the new one yet.

I'm a big fan of Avantasia and will be seeing them in March when they do a three hour set! Edguy don't interest me as much. They have some pretty stupid songs but also some great ones. 'The Savage Poetry' is a fantastic album and one of the best in the genre in my opinion.
S

I was a huge power metal fan about 15 years ago, but I'd never bothered to check out either Edguy or Avantasia. It was back in autumn 2009, I finally came home to PM and wanted to check out Edguy. I bought Vain glory opera,Rocket ride and Tinnitus Sanctus, and all of them blew my mind! They became my favorite band for a while then, and later I got into Avantasia as well.

I still love their music and I love all the Edguy and Avantasia albums. I'd love to catch one of them live one day.

Staff member
They came in third.

I agree, The Savage Poetry(2000) is one of their very best. While the majority of their stuff sounds very Helloween inspired, this album sounds very Maiden influenced. Probably their least talked about album for some reason.

I,love Edguy, much more than Avantasia.

New Avantasia album 'Moonglow' to come out in January with a world tour. Dates announced so far:

More countries to be announced shortly!

I would love to see them again in London but I currently have no idea if I can make it. Sad!

We're talking up to ten countries!

While I like some Avantasia songs (The Scarecrow is an absolute masterpiece), nothing can touch Sammet's performance on Ayreon's The Source. It's glorious, glorious cheese - and I love every second of it.

Heh, for an internationally well known metal act (at least this region of the world), advertising their world tour, I find it funny that they write the German name for the Italian city. Mailand!

As if enthousiastic internal management communication about the dates has been copied pasted to the site without any consideration.

Detective Beauregard said:
While I like some Avantasia songs (The Scarecrow is an absolute masterpiece), nothing can touch Sammet's performance on Ayreon's The Source. It's glorious, glorious cheese - and I love every second of it.
Click to expand...

Arjen always gets the best out of every singer.

In recent years Tobi really annoys me. I think there's been too much Avantasia, which makes it less special.
S

There is too much Avantasia compared to Edguy, but Avantasia sells more albums and get better touring conditions, so I’m not surprised if there will be no more Edguy songs and shows before 2020

It’s been a while since I’ve last heard it, but isn’t the most recent Avantasia album pretty good?

I've been meaning to write here for a while now. Edguy became one of my favorite bands many years ago when I was in college. My first album was Theater of Salvation and at the time I really liked it. Babylon is a blatant Helloween copy, but I didn't mind it. Helloween hadn't put out anything close to their classic material in years, so any good copy cat was a way for me to get my Helloween fix AND enjoy a new band. Slowly I got their entire catalog at the time, up to Rocket Ride. Rocket Ride was definitely a shift in songwriting and music, but when I realized they basically did the same thing since 1997, a change was welcomed. Due to many life factors I don't buy as many CDs as I used to and I got a little burnt out on them and what to me was the beginning of average, uneven albums starting with Rocket Ride, Tinnitus Sanctus and finally Age of the Joker. I didn't bother getting Space Police/Defenders of I don't know what.

After listening to most of their discography I find myself going back to Vainglory Opera, Kingdom of Madness and The Savage Poetry the most. After listening to Vainglory and Kingdom, Theater of Salvation seems like a step BACK, instead of a steady progression. I only really enjoy three tracks out of the album now, while the other three albums mentioned I can listen to from beginning to end.

Avantasia on the other hand, I cannot get enough of. My favorite Power Metal artists together!? Yes please! I'm convinced Tobias is singlehandedly responsible for Kiske coming back to Metal and what eventually led to the reconciliation with all Helloween/Gamma Ray members. Anyway, The Metal Opera pt. 1 and pt. 2 I really enjoyed except for the fact that while called an "opera" all the singers were on the higher end of the range spectrum, and I did have issues telling them apart. That was "fixed" in Scarecrow. At the time I LOVED the addition of Roy Khan, Alice Cooper and others, but in my opinion it's the weakest album.

It wasn't until Wicked Symphony where it became apparent that he started concentrating on a "core" of musicians and singers. I like to think it came down to who is currently unemployed/has nothing better to do and can realistically tour. Like, Jorn Lande, Andre Matos, and Bob Catley; while still having one-off conributions like Russell Allen, Tim Owens and Klaus Meine to name a few. Kiske, for example, does the same song in every studio album. Peppy, uptempo, with the opportunity to belt it like he used to in the good old days. And I LOVE it lol. I don't care if it's fan service.

Scarecrow is the only album I don't listen to the whole thing. All other albums I love front to back and specially the recent outputs. Wicked Symphony is amazing and the last two albums, The Mystery of Time and Ghostlights they took a couple of weeks to grow on me, but they are fantastic. I look forward more to Avantasia releases than Edguy. What new singer will contribute this time? How many solo songs will Kiske get to shine on? Really looking forward to the ending of the current trilogy. 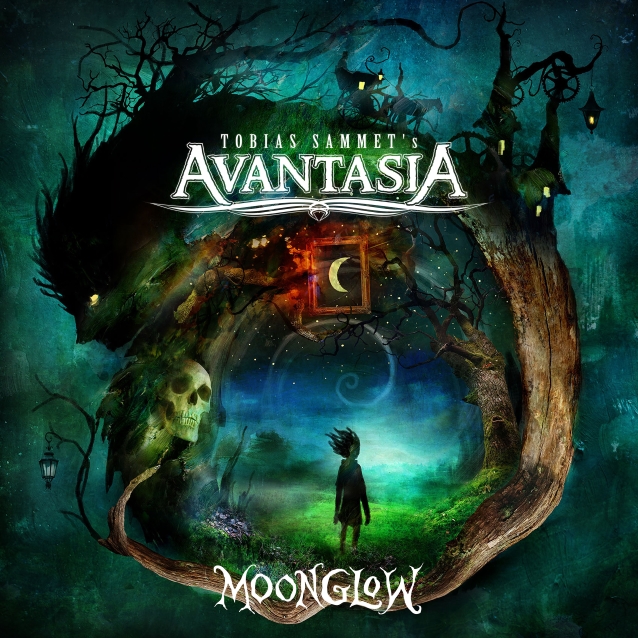 The album will be released on February 1st.

Who are the musicians?

No mention of any musicians, but guitar solos might not be done yet. Bet its the usual ones; Sascha Paeth, Olli Hartmann and Bruce Kulick, and Felix Bohnke on drums.

Have you guys heard the version of Mysteria with Mille?