srfc said:
both meant my mate and dave!
Click to expand...

In a (comparatively) recent interview Nicko stated that "none of us smokes anymore" - does this mean Nicko was telling porkies? Or that Dave has had a relapse?

Staff member
I don't imagine Bruce having any qualms about telling someone to fuck off if they were bothering him. Even mild mannered Janick will object if a teenage girl is following him around a hardware store when he's trying to buy a kettle. 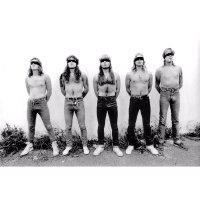 GhostofCain said:
If I remember correctly, the original poster who witnessed Bruce's act said that the scoring went lower and lower with each album released after The Number of the Beast.
Click to expand...

Brigantium said:
I don't imagine Bruce having any qualms about telling someone to fuck off if they were bothering him. Even mild mannered Janick will object if a teenage girl is following him around a hardware store when he's trying to buy a kettle.
Click to expand...

I've met Janick and Adrian and they were both really cool and polite.
A friend of mine has met Steve and said he was very quiet but polite.

Heavy metal has always been about being polite, after all.

maideneer10 said:
I've met Janick and Adrian and they were both really cool and polite.
Click to expand...

I saw Janick in Vegas, but I just said hi quickly and moved on, didn't ask him for anything. He smiled politely and moved on too.
Last edited: Oct 20, 2021

Cornfed Hick said:
I saw Janick in Vegas, but I just said hi quickly and moved on, didn't ask him for anything. He smiled politely and moved on too.
Click to expand... 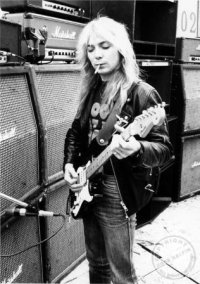 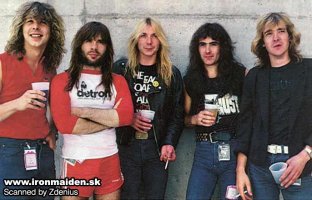 He was a really good sport, apparently. Complained that he can't even go shopping in peace, but did pose for a photo with her because she was so shy.
S

Black Abyss Babe said:
In a (comparatively) recent interview Nicko stated that "none of us smokes anymore" - does this mean Nicko was telling porkies? Or that Dave has had a relapse?
Click to expand...

It was back in 2005, Dave have probably quit smoking since then.
K

The time I met Dave Mustaine at a book signing, he was super nice to me, but when I told him the book store wanted me to buy an extra copy from them and had told to me I couldn't get my original one signed, all hell broke loose

He threatened to quit the signing altogether if they treat his fans like shit, and started to argue with the book store people

The people behind me weren't amused either.

Little Nicko is even more impressive than little Brucie.

I would like for Bruce to approach me and say something which would make me go: "Oh Bruce, you so nasty!" with my nasally voice and feminine hand gestures.

On a more serious note, Bruce (like many other people in this pandemic world) is not to enthusiastic about being approached by hordes of strangers every day. Just imagine amount of people Bruce is in contact with on his spoken word tour. Now add a bunch of fans and there is no wonder some of the shows had to be cancelled).

And on a more serious note: I don't think there is a wrong or right reasons for "following" somebody or being somebody's fan, but... If you remove your tattoos, rip your shirts and sell your merch just because somebody didn't sign your stuff or took a picture... Yeah, one might question its priorities. I love it how a guy in that video wrote "Bruce wouldn't be where he is without his fans" Well, why did those fans supported Bruce? Is it because they liked how he sings or is it because how he treats his fans? Is it his songs or his private life that made them spend their private time and money?

For every kind of these situation there is a context that often gets twisted. First, where it happened. Adrian once spoke that hotel is his no-fan zone. So, a if you meet him at a town square where he is sightseeing like a bunch of other tourists, I believe he would be prepared that someone would approach him. Elevator in a hotel after a gig? No class. Second, timing. I believe none of them would have a problem to say hello, nod or wave if somebody addressed them. Sign something? That's a bonus. Pose for a picture? Great! But pestering them for an hour about how "Run to the Hills" is your favorite song because your great-grandfather was1/8 Indian?! (yes, I've heard that happened to Dave). So, if you approach them politely and respectively, I doubt anybody would find itself in situation where feelings would change drastically for any one of them. Even if you do, there are million of reasons for a unpleasant experience which are way beyond your or their control. For example:

I once exchanged a couple of words with Rod Smallwood but there was a clear and not-so-subtle "Fuck off" between the lines. To some bystander it make look like he's some kind of arrogant rock-star or I'm some nerdy-pushy fan. What I didn't know at that moment is that Rod had a huge problem on his hands. What Rod didn't know is that I found myself at the right place (but wrong time!) completely by accident. It was an awkward situation and my feelings where a bit like "...damn..." but that doesn't make him a bad person, nor do I think he is doing bad job. Quite the opposite.

So, it's really a thing between discerning what is really important to you/what you really like about something. If Mr. Harris himself addressed me with "Fuck you and the memes you rode on!" I admit I'd be hurt a little. My feelings would probably be like a see-saw when I'm listening to his songs. But would that make me think last two songs on "Senjutsu" are not as awesome as I think they are? Not a chance.
Last edited: Oct 22, 2021

"oh BRUCE, you so nasty" 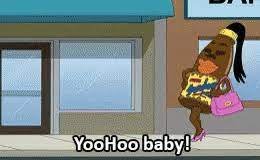 karljant said:
But then again the remainder of the band that made the record was still there.
Click to expand...

I know Mr Waters is way more socially than financially motivated kind of a guy, but Jesus Christ himself wouldn't fail to notice the massive incoming royalties

lovey said:
A good friend says her friends met Bruce at his speaking tour & he was horrible, w/ pure anger in his face as he asked to be left alone, not too politely either. Her friend was so upset they gave away all their collection & got their IM tattoo covered up/lasered off.
I haven’t read anything close to Bruce being nasty, mostly that he’s nice. I’m now intrigued. I don’t think my admiration for him is going to go anytime soon –- it’s just a part of me, like my love for fantasy novels & black tea & my iffy stomach -- but my knees feel like they’ll go. Just thinking re that barely controlled rage.

He looks like he could peel my skin off w/ those eyes. Is there any truth in his hatred of his fans??
Click to expand...

I always hear stories about Bruce being rude to fans and people. I also hear stories of him being polite. He doesn't like to be famous, he admitted that, so I guess it's not the ideal member of Maiden to meet if he's in hurry/not in a good mood.

Spambot said:
there are million of reasons for a unpleasant experience which are way beyond your or their control.
Click to expand...

I once read an account on another site (which I don't have a hope of finding again now) of a bloke who was on a flight and, on learning that Bruce was the pilot, asked the a crew member if he could meet Bruce afterwards. They said this should be okay. Bruce, however, was "not in meeting-the-fans mode" and the bloke was quite philosophical about this and admitted it was probably the wrong time to have asked. I think the crew member was out of line too, for agreeing to set it up without consulting Bruce first.
You must log in or register to reply here.
Share:
Facebook Twitter Reddit Pinterest Tumblr WhatsApp Email Share Link
Top