Staff member
I bought the album yesterday and those are good descriptions of the first three tracks Foro.
In general, I have mixed feelings. From an artistic perspective, lots of interesting things going on, and as Chris said some depth here.
Mikee will take some getting used to, but his style doesn't instantly repel me like the grunters do.

It's an OK album. I wish it was a lot more experimental than it is, though.

(re: experimentation) I think it's a pretty good blend. Granted, no album is going to please everyone or any one particular person 100% (perhaps you don't like a song or two, etc.), but searching for that balance (on Awoken Broken) was a tricky thing. Go too far, too experimental and you'll alienate the Adrian Smith/Iron Maiden fanbase. Don't go far enough and you not only lose the Sikth fans, but you end up with an updated version of Psycho Motel, and what's the point of doing something all over again? I think they did OK. You've got some traditional songs like "No Place Like Home," "Bright As A Fire," and (perhaps) "White Sheet Robes," but then some WTF moments too- "As Tears Come Falling From the Sky," "Snake Ladders," and "Savage World" (the verses, mainly). On some songs, there are proper solos, on others not, but we're treated to all sorts of odd sounds from Mr. Smith instead (thinking of "No Friendly Neighbor" here as a perfect example). Then, icing on the cake, they drop in a bit of acoustic, Led Zepp-ish mellow with "Mirror and the Moon." The layers upon layers style of most of the songs ensures a high repeatability of listens before anything gets old. It might be for everyone, but it is something new and bold for Adrian, which will hopefully translate into a breath of fresh air for Maiden. Between the World Slavery Tour and Somewhere in Time, Adrian got his creative itch scratch with The Entire Population of Hackney, then came back to contribute some amazing songs ("Wasted Years" especially) riffs, fills, and solos to SiT. Though a bit overboard on the synths, SiT is still one of their more creative albums. Perhaps we'll get that again when/if Maiden decide to do another studio album? I hope so.

4. Bright As A Fire
This one starts very promising with its calm but threatening beginning. Unfortunately the song turns into a repetition fest with (even if you get used to his voice) some annoying singing, especially in the heavy couplets. The chorus I find pretty good but it's repeated too often. One of the tracks I enjoy the least.

5. Savage World
This song also has not the coolest vocals in the couplets but on the other hand it has a nice contrasting, uplifting chorus. The slow midpiece gives it just enough variation to like it more than its predecessor.

6. Tortured Tone
After two lesser songs we're coming to the real thing. The "now we're talking"-moment of the album. This song is different. And it's not subdivision material. It's top material. Might be my favourite song. It's atmospheric, not in the least because of Abi Fry's contribution on the viola. For the rest, this song is very melodic and Mikee sings really good on it. The keyboards in the chorus gives the part a bit of a cheesy feel, but the melancholic melody plus the warm and catchy rhythm guitars carry it along nicely.

The stuff coming before the chorus is the strongest. What a build-up! It has a cool, kinda dark guitar riff, and I don't know how he does it but Mikee delivers every line with more tension than the previous. And that's why I give this guy the benefit of the doubt. He is capable of doing lots of different things and he's able to match with the variety of ideas Adrian is trying to shape. It doesn't always work, but this is really, really good. A prime example of excellent interaction. Yes, the end could be seen as repetitive but unlike in Bright As A Fire, the end of Tortured Tone brings more variation because Adrian is singing along very intensely, like he was the lead vocalist. Also Tarin Kerry (who strangely enough is the only one who can be heard on the record who did not get a "thanks") joins in more audible at the end.

I flip-flop the assessment: I really enjoy "Bright As A Fire" and I'm not as keen on "Savage World." I like the slow build, and it really gets me with the crunching, remorseless, grinding rhythm leading up to that punchy riff right before the first solo. The solo section I like quite a bit, with the two different approaches- the first is frantic and blistering, the 2nd is more groove-based and works around Mikee's vocals. I also like the way Adrian sneaks in various harmony lines under the chorus. The final section with the ascending harmony underneath the heavy chord structure is great, too. But, I can see where your critique has merit, as well. Minor disagreement, I'm sure.

With Savage World, I think Mikee's delivery on the verrses is just a tick outside "controlled" and it makes it nearly impossible to understand him. Now, if I had the booklet in front of me and could read the lyrics, I would probably like it more. The chorus is solid, though, and I like the spacey breakdown before the solo section. The riffing under the verse, I should say, is very tasty! So, I like it, but not as much as Bright As A Fire.

Now, Tortured Tone is another matter altogether- we're in complete agreement!!! Beautiful song. Every aspect is well done- vocals, music, production, arrangement, etc. The combination of the jangly guitar with Abi's viola is a wonderful, but unexpected, start. After some pretty heavy songs preceeding this, it just kind of startles you. Then, there's that subtle, slow crescendo, with each instrument gradually ramping up the attack and volume, to the point wear the heavy guitar slides in and the chorus explodes! I really like the solo- VERY un-Maiden and new for Adrian. The repeated chorus never gets old. You make a great point- Adrian sings like he's the main vocalist, but each vocal line (Mikee's, Adrian's, and Tarin's) washes in, spiking, then gives way for the other- complimenting one another, but never competing with the other vocalist. It is so well-written and executed. Brilliant. In an interview, Tarin said Mikee brought her in and she ended up working on several "Adrian projects." I hope she really meant "projects" and not just "songs," because I would love to hear more of their (Adrian/Tarin) collaboration. Mikee too, no disrespect to him, but I think she needs more exposure.

Great stuff, Forostar, even if we don't always agree! Where's the fun in that, really?

Cheers Chris! Where did you find that interview? Any more online interviews you found? I read in a printed mag that Adrian really had to push/stimulate Mikee a bit, to make him sing more instead of mostly screaming.

I just sort of bumped into it. This was a few weeks ago. In my Google search I typed in "Tarin Kerry Adrian Smith" and it came up, but down a ways. I just tried to replicate that and failed. Argh. I'll look more tomorrow. I've got to get to bed or I'll be the Walking Dead tomorrow.

I listened to a couple of tracks yesterday (I like the opening song), after initially being disappointed a few weeks back (only listened to one song back then). I like this. I will play the album a couple of times on Spotify before deciding whether to buy it or not.

Staff member
I have decided this is an amazing album.
More later, but it's grown with repeated listening.

7. White Sheet Robes
Riffing time. One of the better songs from the album. Actually it sounds like an older Fight/Halford song (the couplets with its fat riffs!) but if Adrian would have written this in 1997 or 1998 I am sure it would have landed on a Bruce Dickinson album as well. In the second half, the song begins to drag a bit more. I guess it would have benefited from a shorter length.

8. As Tears Come Falling from the Sky
Interesting poetic intermezzo. I am not that impressed by the selection of the words but the way Mikee Goodman does all this is pretty cool. Quite original.

9. Awoken Broken
In the beginning I liked this song a bit more than now. Strange, but I guess it's that ridiculous vocal that irritates me a bit more now. Screamiiiiiiiiiiiiiiiiiiiiiiiiiiiiiiiing. It sounds a bit dumb, very low and fake. Way too dominant.
The "scream into the night" part is pretty good though. And the instrumental part as well (again we hear the bass very well) but compared to the rest this part is unfortunately a little short. Or it's the other way around: the rest sounds too long and quite repetitive. Too bad the song is so one dimensional, I prefer the stuff with more variation, depth or melody.


Glad I don't like it that much, since I paid more for my CD and didn't get it.
Haven't heard Mooncusser yet (2nd bonus track on Japanese release).

Staff member
I ordered Japanese version more than a month ago, it got shipped but didn't arrive, so I'm waiting for reshipment -.-

Hope it will end up well. Curious what you think of the album. and the bonus tracks! Still need to finish my review (last three songs).

Staff member
I heard the album once (downloaded it), but it was in February. I thought it was awesome. I'm eager to relisten to it, but I'll wait for the CD.

Staff member
CD arrived today. Mooncusser is only 1:06 long But at least the packaging is nice and I have the other bonus on CD rather than YouTube rip. 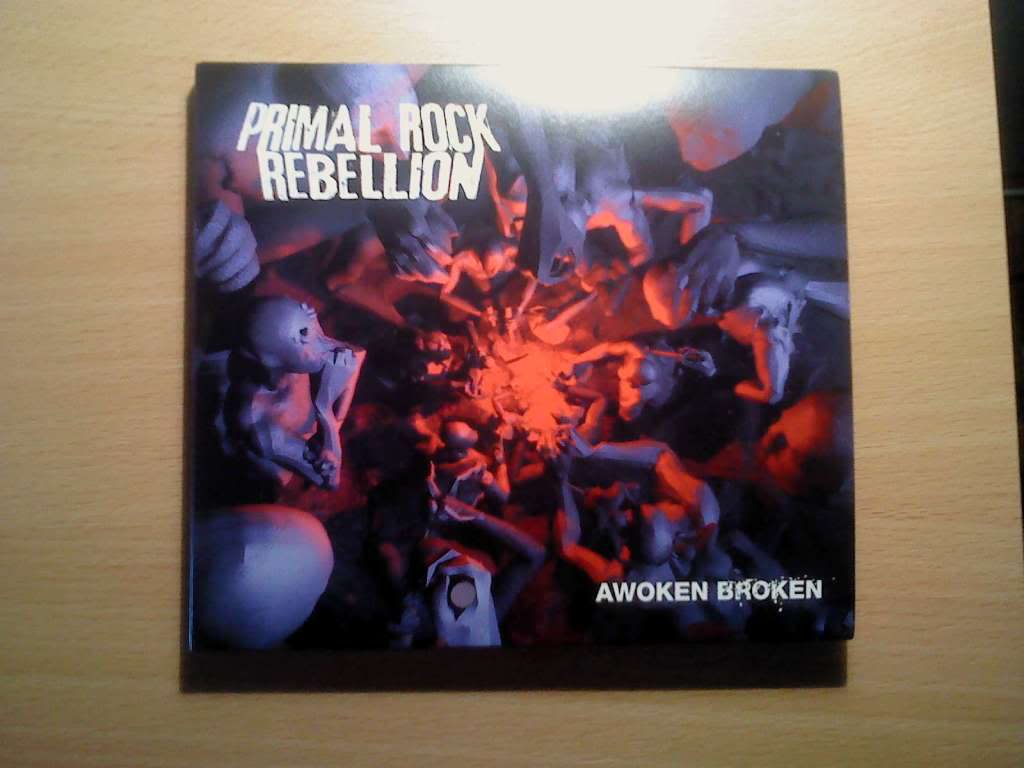 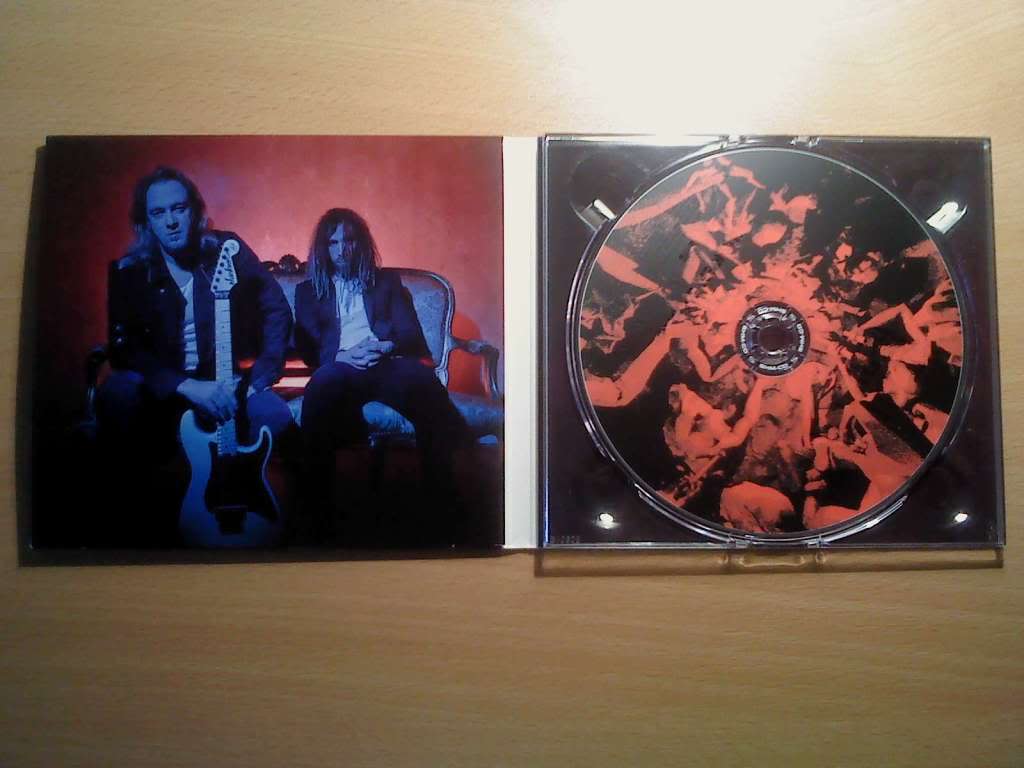 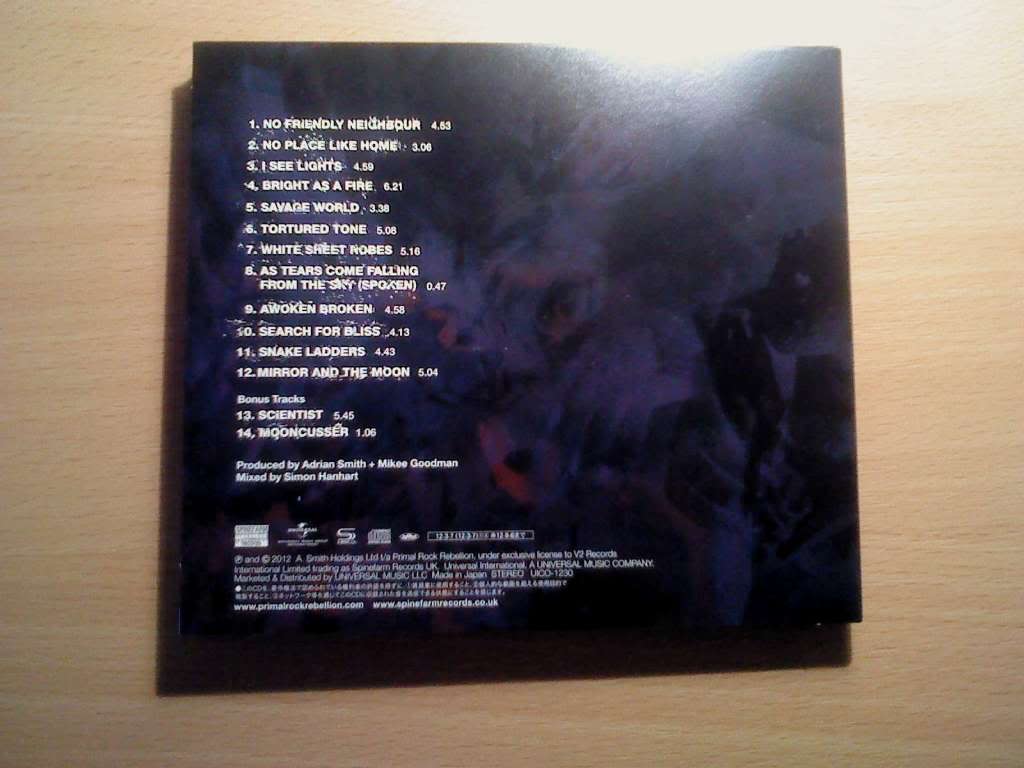 Cool. I guess it's another narrative poem?