The games are underway. What events are you watching?

Staff member
Anything with flippy shit. I watched the snowboarding stunt thing and it was great.

And of course, hockey. Canada beat the Americans last night, and that was good.

The Denmark upset over the Czechs this morning was a hell of a game.

In general, I really enjoy the winter olympics and pretty much have it on all day while I am working and watch some at night. Figure skating is the only thing I really skip .. not so much because of the sport, but the overly sappy announcing .. similar to gymnastics in the summer games.

Phenomenal race. Amazing, amazing skiier. And bronze to my fellow Norwegian Johannes Høsflot Klæbo. Great race by him as well.

LooseCannon said:
And of course, hockey. Canada beat the Americans last night, and that was good.
Click to expand...

... and the men say right back at you

bearfan said:
... and the men say right back at you
Click to expand...

Decent day today for Norway. Three gold medals and two silver. Men's relay in biathlon was insane. One of the most unbeliveable races I have ever seen. IMO by far the most exciting winter sport.

February 15th is a good day for Norway. Three gold and two silver medals today. Four years ago we got three gold, two silver and one bronze on the same day. Our best day ever in olympic history. Today is the second best.

I’m not watching any of it but figure skating would be my first choice. Russian figure skaters are some of the world’s most beautiful athletes.

Saapanael said:
I’m not watching any of it but figure skating would be my first choice. Russian figure skaters are some of the world’s most beautiful cheating athletes.
Click to expand...

I fixed it for you.

Cheaters can be beautiful too.

LooseCannon said:
I fixed it for you.
Click to expand...

Saapanael said:
Cheaters can be beautiful too.
Click to expand... 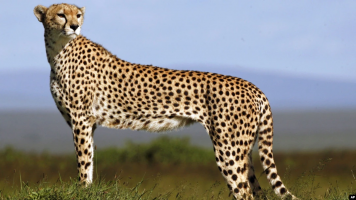 Watching the final minutes of SWE-CAN in the ice hockey quarter final. Joy for @Yax and grief for @LooseCannon ...

Dr. Eddies Wingman said:
Watching the final minutes of SWE-CAN in the ice hockey quarter final. Joy for @Yax and grief for @LooseCannon ...
Click to expand...

Yeah, it's not great, but this isn't a real hockey tournament. Congrats to Sweden, I know who I am cheering for!

I was very disappointed with how everything turned out (COVID stuff, NHL out etc.) and it's clear that this is not even near the level of tournaments such as Torino 2006, Vancouver 2010 or Sochi 2014, or even most of the World Championships, but I'd say it's still very real for all of the players and teams that are there. A brilliant chance for some surprises, too, like Germany did in the 2018 tournament.

I think most of the games have been quite high-level hockey and definitely entertaining.

That all being said, if we (FIN) go for gold, it's a bit underwhelming overall, given the circumstances. Everyone was very much looking forward to these olympics, as it seemed like a perfect opportunity to try and get that gold in a best on best tournament - finally. And then... this. Still, good hockey!

Maybe we'll get a SWE-FIN final...

Our loss against Sweden in Torino is still one of my most painful hockey memories... Such a brilliant tournament and absolutely oustanding game against Russia in the semifinal, but we couldn't quite match Sweden in the final... Finland lost one period in the whole tournament - too bad that it was the decisive period of the Olympic final. Fortunately, over the past ten years or so, Finland has finally learnt to believe and go for victory and the hunger for winning is finally dominant, not the fear of losing.

Gold number 14 for Norway today and we are heading towards a new record. Expecting us to end with at least 16! The olympics are turning out decent after all.

Staff member
Norway is having an incredible Olympics, that's for sure. Canada not so much, although we won that lovely women's hockey gold last night. It's always better when you have to beat the Americans (twice) to win.

Most of top tier athletes are "cheating". Thus I wouldn't point fingers to that girl, or even to Ben Johnson, Armstrong, or anyone for that matter.
It's not about who's cheating, it's who is street smart /knowledgeable /protected /targeted etc to get away or not.
Clean competition is as real as Santa Claus. Therefore whoever wins the Olympic Games /big competitions has my respect. Remember the great Usain Bolt? He was never caught and also never pointed any fingers. Now remember Carl Lewis, who was seen injecting by co-athletes, how he shamelessly did. I'll go with Bolt, thanks.
You must log in or register to reply here.
Share:
Facebook Twitter Reddit Pinterest Tumblr WhatsApp Email Share Link
Top